A Victory for Importers: Carmack Amendment Applies to Import Shipments 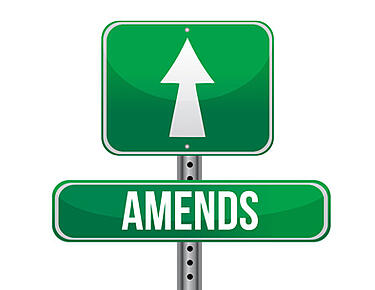 The 2nd U.S. Circuit Court of Appeals, in a case of first impression, has shocked the railroad and motor carrier industry by deciding that the Carmack Amendment applies on the inland portion of an import shipment on a through bill of lading, to the exclusion of The Carriage of Goods by Sea Act’s (COGSA) limitation. Sompo Japan Insurance Company of America, v. Union Pacific Railroad Co., 2006 U.S. App. LEXIS 17385 (2nd. Cir., July 10, 2006).

Previous decision ruled that the terms of a foreign bill of lading governed the inland portion of a foreign shipment, not Carmack. This 40-page decision should be required reading for the transportation community as it tracks the “Statutory Landscape” of COGSA, the Carmack Amendment and the Staggers Rail Act of 1980.

At issue was a claim worth $479,500 under Carmack, which would have been reduced to only $16,000 if COGSA’s $500 per package limitation governed the inland rail move. It concerned to a shipment of 32 tractors moving from Tokyo to Suwanee, Georgia, on a through bill of lading via a port in Los Angeles, derailed in Texas.

The ocean bill of lading incorporated the terms of COGSA and its $500 per package limitation, as well as a “Himalaya” clause extending its benefits to subcontractors (such as the UP). The shipper’s insurance company argued that the Carmack Amendment and the Staggers Rail Act of 1980 governed this shipment because “Carmack applies to the domestic rail portion of a continuous intermodal shipment originating in a foreign country, like the one at issue here.”

The Court held that under Staggers, “exempt rail carriers, including those operating under an intermodal [sic] may limit their liability under Carmack by negotiating ‘alternative terms.’” This was interpreted by the court as including “both the Carmack version of strict liability and full coverage for loss,” citing Tokyo Marine & Fire Ins. Co. v. Amoto Motors, Inc., 996 F. 2d 874,879 (7th Cir. 1993.)

After a detailed analysis of all three statutes the court ruled that offering the shipper an opportunity to declare a value on an ocean bill of lading under COGSA, which has “negligence-based liability regime”, does not give the shipper a fair opportunity to declare a value under Carmack, which “imposes something close to strict liability upon originating and delivering carriers.”

The court concluded that shipments originating in a foreign country qualify for being “between a place in the United States and a foreign country.” Therefore, Carmack governs those shipments. The court then discussed the decisions that are in conflict with this finding. The court explained why the decision in Swift Textiles, Inc. v. Watkins Motor Lines, Inc.,799 F. 2d 697 (11th Cir. 1986) is not sound law.

when a shipment of foreign goods is sent to the United States with the intention that it come to final rest at a specific destination beyond its port of discharge, as is the case with a through bill of lading, then Carmack applies only if there is a separate bill of lading covering the inland portion of the shipment.

Explaining its “intent test,” the court held that:

The nature of a shipment is not determined by a mechanical inspection of the bill of lading nor by when and whom title passes but rather by ‘the essential character of the commerce’ . . . reflected by the ‘intention formed prior to shipment, pursuant to which property is carried to a selected destination by a continuous or unified movement.’ United States v. Erie R.R., 280 U.S. 98, 102 (1929).

Stated differently, if the parties intended that the shipment be a “continuation of foreign commerce,” Carmack applied. And this conclusion is not changed by the fact that the carrier may have issued a separate bill of lading for the intrastate movement from the port to final destination!

Now comes the conflict in law between the Circuits. The Court herein held that “Despite the clarity of Swift’s analysis, the court “muddied the waters” when it articulated its holding, which follows:

One court has hypothesized the Swift’s use of the phase “as long as” instead of “even if” was due to a typographical error, citing Canon USA , Inc. v. Nippon Liner Services, Ltd., 1992 WL 82509, at *7 (N.D. Ill. 1992). The Sompo court herein agreed, and rejected Swift’s “articulated holding,” concluding that Carmack applies regardless of the number of bills of ladings issued. It also held that this rule applies regardless of the direction of travel, particularly since Congress changed the statute in 1978 (the re-codification statute) by changing “from . . .to” to “between.”

The court then held that the bill of lading “lacks the force of a statute” and “falls short of the Stagger’s prerequisite for limiting a rail carrier’s Carmack liability.” In doing so, it reasoned that although the ocean bill of lading offered the shipper an opportunity to declare a value on the bill of lading under COGSA, “it does not provide the option of full coverage under Carmack.” Each of these statutes is grounded on different liability standards, and the court refused to assume that the shipper had the opportunity to choose among several types of liability coverage.

Sompo is a clear victory for importers after the adverse decision for importers delivered by the U.S. Supreme Court in Norfolk Southern v. Kirby, 543 U.S. ___(2004). But watch for changes in truckers’ and railroads’ tariffs, contracts and Exempt Circulars in an attempt to apply COGSA’s $500 per package limitation to the inland portion of multimodal import shipments!