William Augello | January 30, 2005 | Import Basics, Export Basics
Print this article:
Every law governing the carriage of goods contains many exculpatory clauses and “traps for the unwary.” The Carriage of Goods by Sea Act (COGSA) is no exception. 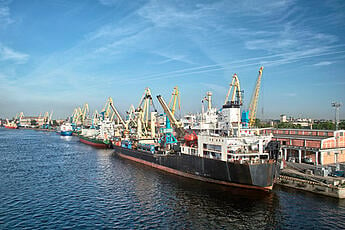 Every law governing the carriage of goods contains many exculpatory clauses and “traps for the unwary.” The Carriage of Goods by Sea Act (COGSA) is no exception.

Importers and exporters should study COGSA in its present form and watch for modifications that have been discussed and debated since 1980, but have not yet been implemented. However, some progress has been made in modernizing and making COGSA more shipper-friendly.

Unless derailed by ship-owners and their cargo insurers, the current discussions in UNCITRAL could result in revolutionary changes within the next few years. (Readers should know, however, that this writer has been predicting this for the past 24 years.)

In the interim, importers and exporters, carriers and intermediaries government officials and trade organizations representing all of these interests should be fully aware of the intimate details of COGSA, and the cargo-owners’ need for changes therein.

Following is a summary of the most important provisions of COGSA. Due to space restrictions, only the highlights of these provisions are stated. For a more detailed discussion of these issues, with appropriate citations to the decisions, laws, regulations and treaties, see Transportation, Logistics and the Law, Second Edition, pages 195-203.

I detailed some of the pitfalls in describing the smallest unit of packaging for the goods on the bill of lading in my November 2004 article. Other problems confronted with multimodal carriage will be discussed in a future issue.

The most effective way for cargo owners to avoid unrecoverable losses is to learn how others have suffered such losses. The best way to learn these lessons is to read the texts and court decisions on ocean carrier liability claims.

One will discover that most losses occur as a result of cargo owners and their agents not fully understanding the fine print in ocean cargo liners’ bills of ladings and contracts.

In the words of an unknown author: