Foreign Liability Laws May Impact Your Imports and Exports 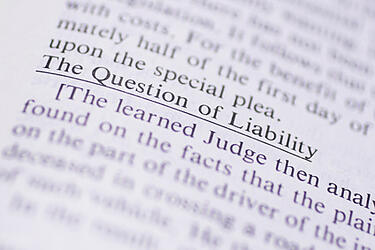 In view of the fact that the United States is the largest trading nation in the world, it is easy to be complacent about the law and make cargo liability decisions based upon U.S. law or what we believe the outcome should be based on U.S. law. Occasionally, however, one may discover that a cargo movement is governed by a local law that differs substantially from U.S. law.

In the U.S., an entity that does not operate ocean vessels but contracts with shippers is known as an NVOCC (a non-vessel-operating ocean common carrier that issues a bill of lading to the shipper). If you read the Supreme Court’s decision in the Kirby case, it is apparent that the court treated the freight forwarder in that case as an NVOCC without even mentioning that name.

(The court also repeatedly referred to the ocean carrier as the “shipper,” an error frequently committed by the transportation community, attorneys and the courts. A shipper is the party that tenders goods to the carrier, not the party that moves or ships the goods.)

Another problem is that some foreign nations have adopted novel rules governing freight forwarders and other entities in transportation. For example, the transportation organizations in the Nordic nations of Denmark, Finland, Norway and Sweden have agreed upon General Conditions of the Nordic Association of Freight Forwarders—NSAB 2000 to give “the customer in all respects at least the degree of protection stipulated by the FIATA Model Rules for Freight Forwarding Services (1996 version).”

These conditions set forth the customers’ rights and obligations and the freight forwarder’s liability under the various transport law conventions, such as the CIM, CMR, the Hague-Visby Rules, and the Warsaw Convention.

These rules apply to all members of the national associations that are affiliated with the Nordic Association of Freight Forwarders, as well as other parties that have agreed to apply them.

When the forwarder is the performing or contracting carrier, it is liable for all agents and independent contractors it engages. Its liability is limited to 8.33 SDR’s per kilo (approximately $5.67 per pound when one SDR is valued at $1.50 per pound).

However, if a certain mode has been agreed upon or if it is proven that loss, depreciation, damage or delay has occurred whilst the goods are being carried by a particular mode of transport, the freight forwarder shall instead be liable “in accordance with the law applicable to such mode of transport and the commonly used and generally accepted conditions of carriage.”

If the carrier that caused the loss is operating in a deregulated environment, such as applies in the U.S., determining precisely what the “commonly used and generally accepted conditions of carriage” were at the time of the loss can be extremely difficult and costly.

Therefore, shippers who are arranging for shipment from one of these nations may be well advised not to agree to these conditions. Instead, these shippers should contract for more definite liability terms to apply through to destination regardless of the mode of carriage.

That same advice applies to using carriers and forwarders originating freight in all foreign origins.