US-UK Trade in a Post-Brexit World 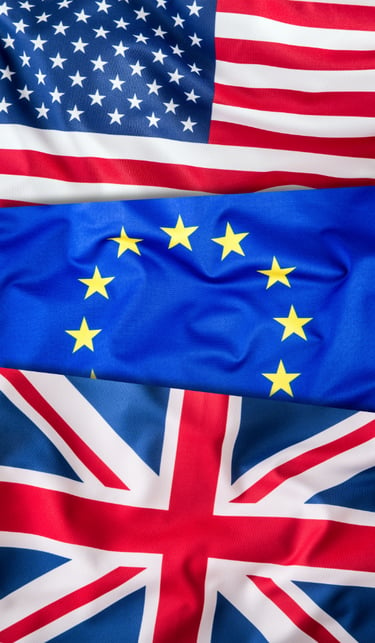 Now that Brexit is finalized, many are wondering what this means for trade between the United States and the United Kingdom. Both countries were restricted from formerly negotiating a trade pact while the U.K. was part of the European Union (EU). However, unbeknownst to many, the U.S. and the U.K. held informal talks for some time prior to Brexit so that a structure would be ready when the time came.

Former President Trump was very much in favor of a deal with the U.K., even though conceptually he did not like bilateral trade agreements. Part of this was his affinity for U.K. Prime Minister Boris Johnson and some antipathy for EU leaders. President Biden is also expected to pursue a trade deal with the U.K.

While the U.K. may still iron out a post-Brexit trade deal with the EU, it also needs trade deals with large markets such as the U.S. and Japan. The U.K. has also engaged in negotiations with other countries outside of the EU, including Switzerland, Iceland, Norway, South Korea, and Turkey.

The United States is the U.K.’s largest trading partner by individual country and the top destination for U.K. goods. On the other hand, there are certain U.S. sectors that would like to see greater access to the U.K. market. Bilateral trade between the U.S. and the U.K. reached an all-time high in 2019 but declined in 2020, largely due to the pandemic.

Areas of Interest for US Exporters

Negotiating a deal will be difficult. These are examples of a few of the issues that will need to be overcome:

Many questions are still unanswered, but many agree that the U.S. has the most to gain. The U.S. market has been relatively open to U.K. goods, despite the U.S. not giving tariff preferences to U.K. goods, as it has to other markets such as the North American market with Canada and Mexico under the newly minted United States-Mexico-Canada Agreement (USMCA), or the Central American market where the U.S.-Central American Free Trade Agreement (CAFTA-DR) has been in effect.

Some predict a mini trade deal covering certain items such as cashmere and whisky is likely. In fact, on March 4, an important step was taken when the U.S. indicated that retaliatory tariffs of 100% on certain U.K. products, which were imposed under the long-running Airbus subsidy dispute, would be suspended for four months pending the negotiation of a broader trade deal.

Already there has been a concession regarding U.S. lobster exports to the U.K. A mini trade deal could include exemption of U.K. companies from Section 232 duties on aluminum and steel, which would give them an advantage over the EU, and the U.S. would like to see an end to the U.K. digital services tax that penalizes large U.S. internet service providers. So trade in services will likely be part of any deal.

Our report will be updated as negotiations progress, but at this point, the potential is significant for a greater access for U.S. exports to the U.K.