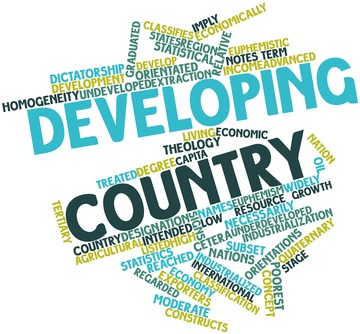 The Generalized System of Preferences (GSP) was established by the Trade Act of 1974 as a mechanism by which U.S. trade policy can assist so called Beneficiary Developing Countries or BDCs.

The theory is that by allowing certain goods to enter free of duty, the U.S. is able to support indigenous manufacturing and production and thus raise the standard of living of the beneficiary country.

The General System of Preferences

When the GSP was initiated, there were several countries on the list of beneficiaries that we would certainly no longer consider needy of assistance such as Taiwan and Korea! These, along with many others, are no longer considered developing and have been dropped from the list.

The President of the United States renews the GSP each year. By this process, countries are added or dropped from the list.

In addition to benefiting the BDC, there are big benefits for U.S. importers. Companies often give major consideration to available duty-free goods when making a sourcing decision.

As with all duty-free or duty-reduction programs, the U.S. Customs Regulations have very specific definitions of how to qualify the imported goods and what documentation is required to substantiate a GSP claim. To qualify a good for GSP, the following criteria must be met:

As with so many other programs, the devil is in the details. There are well-defined documentary requirements in order to support all GSP claims. However, customs has consistently found that large numbers of importers are unable to support GSP claims when audited.

In fact, since 1997, 66% of all companies having a compliance assessment that included a separate GSP sample (GSP claims exceeded the $10 million dollar threshold) have been unable to substantiate their GSP claims.

The most common errors in GSP qualification include:

As you can see from the above list, the importer must be sure of all of the facts surrounding the importation when making a GSP claim. I’ll address some of the easier mistakes to avoid and then address the other, more difficult qualification criteria.

As we have seen in several of my articles, proper classification is required before even beginning the import process. As the GSP designation depends first and foremost on the article itself, not the country of origin, this should be addressed first off.

This probably happens as a result of poor export record keeping, so that the importer is unable to substantiate that the goods were of U.S. origin. U.S. Goods Returned are almost always duty free in any event, so there is no reason to claim GSP.

After the goods are classified and if they have the GSP designator, then the list must be checked. As the list of countries (and goods) changes at least yearly, goods that were eligible last year may not be eligible this year.

Importer Could Not Provide Evidence of Direct Shipment

In general, all goods eligible for GSP treatment must be directly imported from the BDC. This is covered in detail in Section 10.175 of the Customs Regulations. There are exceptions and there are ways to qualify, but it must be proven to the satisfaction of the port director at the port of importation that the goods did in fact originate in the BDC.

The simplest and most direct way to have your imports qualify for GSP treatment is to purchase goods that are wholly "the growth, product, or manufacture of a single beneficiary developing country (BDC)." This can be as simple as buying an agricultural or mined product of that beneficiary country, or purchasing a manufactured product where all components were products of the beneficiary country and all manufacturing and/or processing took place there as well.

In these cases, the product automatically qualifies and the only necessary documentation is a statement on the commercial invoice that will be presented to customs that the goods are wholly "the growth, product or manufacture of a single beneficiary developing country."

As readers of these articles know, we are in a global economy where global sourcing of manufacturing inputs is more the norm than the exception. In the case where GSP treatment is claimed and the goods are not wholly "the growth, product or manufacture of a single beneficiary developing country," the importer must be prepared to support the GSP benefit claim upon request.

For example, a manufacturer in a GSP-eligible country my use products from non-GSP countries to create a final product exported directly to the United States. In this case the exporter must complete a GSP Declaration to support the GSP qualification.

The declaration, which can be found in Section 10.173 of the U.S. Customs Regulations, must include a description of the articles for which the GSP treatment is claimed, a description of the processing operations that took place in the BDC, and the direct cost of this processing. (This cost does not include profit or overhead.)

If the processing costs are at least 35% of the product’s dutiable value on entry, then the goods qualify for GSP treatment.

There are three cases in which an exporter can add the material costs of the production process to try to reach the 35% threshold:

First, the goods themselves may simply be materials such as minerals mined in the BDC, or they may be products wholly made from materials from the exporting BDC. In this straightforward case, their value contributes directly to the 35% threshold.

Second, the goods may be manufactured in another BDC from materials originating in that BDC. In this case, they also contribute directly to the 35% threshold.

Third, the goods made from materials that originate from countries that do not qualify as BDCs can also be used to meet the 35% threshold. This is the so-called double substantial transformation.

Non-originating products may be transformed first in a BDC into an article that is then used in a second manufacturing process, also in a BDC. In this case, the value of the product after the first transformation may count toward the 35% threshold.

For example, a non-originating petroleum is made into synthetic yarn in a BDC that is then made into a garment in a second BDC.

Importers should note that all the manufacturing processes above must be more than mere packaging operations. This criterion is common to almost all U.S. Customs regulations that require or define manufacturing or transformation. Also, like all customs record keeping requirements, customs requires importers to be able to produce documents relevant to GSP entries for five years.

As I stated above, importers don’t have to present the GSP Declaration to customs unless specifically requested by the port director.

However, since there is a five-year record keeping requirement and GSP Declarations may be difficult to obtain after the fact from a foreign manufacturer, I recommend that in any case where a GSP declaration may be needed to substantiate a duty-free entry, the importer require that the supplier furnish it along with the commercial invoice and other documents. This will avoid any potential problems later on.