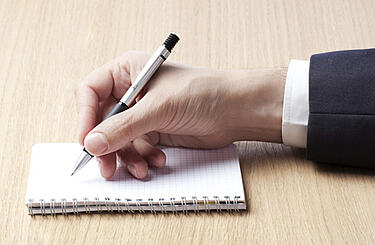 I've encountered several legal myths in my career—firmly held beliefs about what is legal and what is not.

One that keeps popping up regularly is the belief that putting the title of Letter of Intent or Memorandum of Understanding on a document will automatically make that document non-binding or, preferably, non-binding on the party who wrote the document but binding on the other side.

You can’t have it both ways. A document is either a contract, which describes the agreement and contains essential elements like price, goods or services description and delivery terms and is binding on every person or entity that signs it, or it isn’t a contract since the essential elements of the deal are not finally agreed to and spelled out in the document.

A document that falls short of a contract could be some notes on a napkin or a negotiating draft, a Letter of Intent, or a Memorandum of Understanding.

Letters of Intent (LOIs) and Memoranda of Understanding (MOUs) are legally the same thing. They are both expressions of the intent of negotiating parties that fall short of a final agreement that rises to the level of a legal contract. (Other names for the same type of document include Memorandum of Agreement, Heads of Agreement, etc.)

LOI’s and MOU’s are most often used, in my experience, to record the progress made in a negotiation before final agreement is reached. They are useful in a cross-cultural context to make sure that everyone is “on the same page” (literally) and also in long, complex negotiations such as joint ventures that take place over a period of time and may involve multiple negotiators.

They could be used to describe cooperative efforts by the parties to generate a market survey in order to determine whether a business plan could be generated to support a joint venture, manufacturing license, or the like. In a large construction deal, they can be used to get a project started before all of the terms are agreed to.

Lawyers don’t like LOI’s and MOU’s. They can be ambiguous documents that lead to confusion and even to court. Very often, someone decides to put the handshake agreement down on paper, and it ends up including all of the essential elements of a contract. Then somebody decides to call it a LOI or MOU thinking that this will magically make it non-binding.

However, most courts won’t look at the title; they will look at whether the essential elements of a contract are set forth in the document. A party trying to avoid being bound by the terms in the LOI/MOU can find themselves a party to a binding contract. A contract by any other name is still a contract.

If you find yourself in a situation where a LOI/MOU is called for or useful, keep the document short and include a statement that it is not a binding agreement and is subject to execution of a final agreement between the parties. Ask your favorite contracts lawyer to look the document over before anything is signed.