Ocean Carriers Can Evade Liability by Proving Their Own Negligence

William Augello | December 4, 2005
Print this article:
An ocean carrier is not liable for loss or damage to cargo if it can prove that the loss was caused by its negligent navigation or mismanagement of the ship! 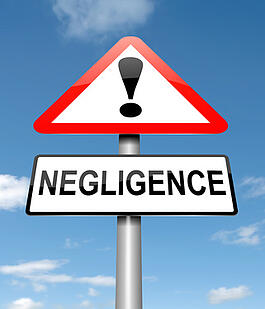 The following provisions in the Carriage of Goods by Sea Act belong in Ripley’s Believe It or Not!

“Neither the carrier nor the ship shall be responsible for loss or damage arising from (a) Act, neglect or default of the master, mariner, pilot, or the servants of the carrier in the navigation or in the management of the ship; . . .” 46 U.S.C. § 1304.

Yes, that’s what it says. An ocean carrier is not liable for loss or damage to cargo if it can prove that the loss was caused by its negligent navigation or mismanagement of the ship!

How could U.S. cargo owners agree to such an unconscionable law that says a carrier can evade liability by proving its own negligence? The answer lies in the ancient law of the sea dating back to the days of the wooden sailing vessels when there were no navigational or communication aids and every sailing was an adventure into the unknown.

How can there be any justification for such a law today when there have been so many inventions and improvements in navigation, communications, ship design and engineering? What can happen on the high seas to cause the loss or damage to cargo?

To illustrate the nature of the negligent acts and omissions that have occurred on the high seas and used by ocean carriers to evade liability for the loss of or damage to cargo, I researched the court decisions between 1967 and 2000 and published summaries in “Appendix 21” to my text, Transportation, Logistics and the Law.  I have listed a small sample of those summaries below.

Remember after reading each of these scenarios that the carrier was freed of liability for the losses that occurred since it was able to prove that its negligence in navigating or in managing the ship was the cause of the loss.

After 25 years of fighting these ancient laws, shipper groups are finally having some success in current international maritime talks at UNCITRAL to repeal this exception. These negotiations will probably last another five years, but at least the maritime industry appears to be convinced that the time has arrived when it can no longer defend this ancient, unconscionable law of the sea. The question is how much cargo-owner interests will have to give up to have this exception repealed.

A small sampling of cases from 1967 to 2001 in which carriers were exonerated from liability because they were able to prove that they were negligent:

The master’s decision to attempt to navigate a tugboat pushing LASH barges through the Louisiana side of the bridge in light of the prevailing channel conditions, local practice and against the advice of the helper tug, was held to be an error in navigation.

Damage to cargo occurred when a truck, en route from a port to an inland destination, negligently drove under a bridge that was too low.  Held: negligent navigation could only apply when the shipment was at sea.  The defendant was allowed to use COGSA’s $500 per package limit of liability.  The machine was valued at $90,446.

The ship’s captain failed to post a bow lookout and collided with an oil terminal jetty just off the coast of Japan.  The court held that Inka, the vessel owner, was exempt from liability because of the negligence of the captain.  The court ruled that NSB, who was acting as the vessel’s “manager” was not exempt because it did not fit the statutory definition of a carrier.  Because of this, COGSA did not apply and NSB was liable for damage to the cargo.