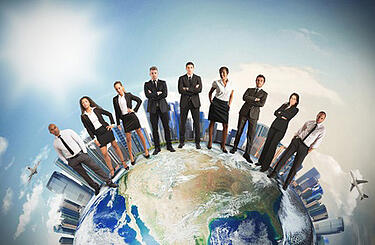 The import manager’s theme song goes something like the following. (I offer my apologies to Aretha Franklin and Otis Redding.)

TCB stands for taking care of business, which is what import managers do. Import managers routinely go about the business of ensuring goods are classified, valuations are checked, country of origin is double checked, and paperwork is properly filed and stored away. Much of what an import manager does is smooth over the problems caused by others inside and outside of the company. They do so with little support and, as the song laments, with little respect.

We import managers are partly to blame for this. We are, after all, trade compliance geeks. There is no other explanation for why we relish in the arcane details of import laws and regulations. We like being the keepers of the import keys. Some of us have ever-so-slight personality flaws that place us closer on the career ladder to burning martyr than corporate CEO. (John looks at tops of his shoes not intending to look any of you too squarely in the eye.)

But times are a changing! RESPECT is in the air!

Some of that respect is indeed coming from our employers, but much of it is coming directly from U.S. Customs and Border Protection (CBP).

In the midst of the cacophony of change that occurred in 2008, CBP discreetly rolled out and prominently posted a new link to its website called “e-Allegations.” The e-Allegations link allows concerned individuals to report illegal import and export activity.

The link is not intended to be used for urgent reports or issues that present an immediate threat to the health and safety of the public. Rather the system is intended to be used by individuals who have knowledge of violations of trade-related issues. The following types of issues, among others might be reported using the e-Allegations system:

Any party could report a violation, but let’s ponder awhile on this. The primary individuals who will have first-hand knowledge of violations will tend to be employees of the importer. Yes, we are talking about the import management team.

Let us be clear: The import regulations do not compel an individual or an importer to report a violation, but the regulations do encourage individuals and importers to do so. Professional (read ethical) import managers will make every attempt to bring their employers into compliance. They will coach, coddle, complain and throw conniptions to try to get the importer to do the right thing. To paraphrase, however, “Hell hath no fury like an import manager scorned!”

In addition to the ethical dilemma, the regulations have long provided an incentive for informants. Individuals can receive a monetary reward of up to $250,000 for information that leads to a collection of revenues for the government. (See 19CFR §161.)

This discussion is not intended as a threat to importing companies. It is offered, rather, as well-intended advice. The next time the import manager comes forward with a concern or bad news, listen to their concerns. Educate the company about trade compliance. Take appropriate actions to alleviate the situation. Above all, do not ignore your import manager. You may unwittingly force them into a corner where they have to make the ultimate choice.

Also I do not intend to advise or imply that import managers or employees of importers should drop everything and turn their companies in. I’m just saying…. ah singing: