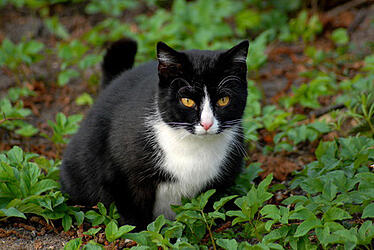 It happened again. I was speaking at a public event when a nattily dressed executive raised a hand and asked THE question.

You know the question I’m referring to, right? You don’t?

Well let me set the stage for you.

An over-packed meeting room in an upscale hotel in Your Town, USA. Six-foot conference tables are arranged in classroom style rows with four people shoe-horned behind each table. The smell of fear, boredom and this morning’s scorched coffee permeates the room. A monotone speaker (That’s me!) drones on in front of a series of incoherent PowerPoint slides.

John: “Blah blah blah... You must report and correct all errors!”

John: “Yes sir, you there in the third row. You have a question?”

Sartorially resplendent executive: “Assuming you are correct and we are indeed doing things incorrectly within our import program, what is the likelihood of our company actually being caught by the regulators?”

John’s jaw drops to the floor.

A waiter tips over a tray of coffee cups, the crash interrupting the strained silence.

How Likely Are We to Be Caught by Customs?

Now do you remember the question? Perhaps you have heard it stated differently? It frequently comes in the form of bravado filled statements such as:

The question and these statements are misguided in so many ways. Firstly, they imply a woeful failing of individual and corporate ethics. Secondly, they demonstrate an ignorance of the law bordering on arrogance. Finally, they presume ignorance of the law as a defense.

To be clear, the question asked above and its related statements usually are not made in ignorance. (I have nothing but patience for a business person who is new to the subject matter and naively poses such a question.) No, these statements are made with full knowledge that the business person has been caught up in a doozie of a regulatory error, one that is going to embarrass, cause discomfort, cost the company money, and perhaps cost the business person his or her job.

Unless, that is, the error can be swept quietly under the rug or conveniently ignored. Better yet, shoot the messenger! After all, what are the chances of U.S. Customs and Border Protection (CBP) catching up with the company?

Well, I’m not going to tell you! Nor will U.S. Customs and Border Protection tell you. You see the question is based on the false premise that Customs is the cat and the importer is the mouse. I refer to this misconception as the “cat and mouse trap.” (For the record CBP does play an enforcement role but this is not their primary method for achieving compliance within the trade.)

Customs law refers to a concept called reasonable care, a heightened standard of due diligence that co-opts the importer into self-regulating. Otherwise stated, CBP and the importer are both cats. When importers discover errors they are supposed to make appropriate corrections. Of course CBP reserves for itself the role of top cat.

One of the traps within the cat and mouse premise is that it is easy for the importer to rationalize CBP’s failure to enforce as tacit approval of any and all of the importer’s activities. If you see yourself as a mouse, and you survived to see another day, well then, everything you did to survive must have been OK.

Another trap is the perception that unintentional mistakes somehow relieve the importing company of any culpability. If the importing company cannot demonstrate that it has a strong, proactive control environment and has implemented policies and procedures for minimizing and dealing with mistakes, well then, it is not exercising reasonable care. Any resulting errors will be deemed to be due to the importer’s negligence. Negligence is regulatory speak for “penalties to follow.”

Importers have not been able to use ignorance of the regulations as a defense since 1993. Prior to that time claiming ignorance was a desperate and less than effective defense. Covering up a violation has always been fraud. Fraud is regulatory speak for “really big penalties to follow.”

I was commiserating with a customs broker on this topic. Without hesitation the broker told me that she throws out the phrase “white collar crime” when she encounters clients that are reluctant to correct errors. She reminds them of the phrase at the bottom of the entry summary that states:

I will immediately furnish to the appropriate CBP officer any information showing a different statement of facts.

If the importer still refuses to make corrections she fires them as a client.

It is not my intention to be viewed as completely unsympathetic to the plight of today’s importers. The economic environment is brutal yet Customs laws and regulations have become a complex, convoluted maze, difficult for any single individual to fully master. That acknowledged, we must also recognize that as U.S. importers we have no choice but to play by the rules.

One of my clients has made great efforts to avoid the cat and mouse trap. They have recognized that hyper-regulation exists in all aspects of their business, not simply in importing. Instead of avoiding it, or treating the regulator as the cat, they have embraced the challenge.

They have come to the realization that ignorance of regulations could hurt their business. In working with them I frequently hear the following questions: “Did we know?”or “Should we have known?”

If the answer to either of those questions is yes, they address the issue and ensure they are in compliance. In other words, they have embraced their inner cat.

I encourage you to do the same.