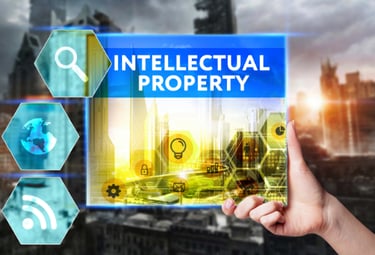 In the first article of this series—How Section 301 Investigations and Tariffs Have Impacted Trade—I gave an introduction to Section 301 of the Trade Act of 1974, a trade law with a long history and one which has been used more frequently during the Trump administration. I traced the use of the law through the founding of the World Trade Organization (WTO) and the historic Japanese semiconductor investigations in the mid 1980s.

Today I'll look at Special 301, which emerged in the late 1980s and 1990s to address trade barriers to U.S. companies due to the ineffective protection and enforcement of intellectual property rights.

The Introduction of Special 301

Special 301 was created in Section 1303 of the Omnibus Trade and Competitiveness Act of 1988 (the 1988 Trade Act). It required the United States Trade Representative (USTR) to submit the National Trade Estimate Report on Foreign Trade Barriers (NTE) to Congress. The report identified U.S. trade priorities and foreign countries that “deny adequate and effective protection of intellectual property rights” or “deny fair and equitable market access to United States persons that rely upon intellectual property rights.”

The law required USTR to initiate Special 301 investigations against the priority practices happening in priority countries within 21 days of submitting their report to the House Ways and Means Committee and the Senate Finance Committee.

Two additional categories were established for countries that did not reach the level of Priority Foreign Country:

The original law creating Special 301 expired in 1990 but was contained in several subsequent laws, including the Uruguay Round Trade Agreements Act of 1974 and most recently in the Trade Facilitation and Trade Enforcement Act of 2015 (Pub.L. 114-125). Special 301 created an automatic, self-initiated process that did not require a private party to file a complaint, though many cases are still initiated by private parties through petition.

An example of Special 301 enforcement in the early part of the millennium is the 2001 report. In the annual review, United States Trade Representative Robert B. Zoellick examined the effectiveness of protection in approximately 80 countries, the largest number of countries reviewed in one year up to that time.

Additionally, he indicated an "out-of-cycle" review (OCR) scheduled for Costa Rica and Malaysia. He also placed 32 trading partners on the Watch List.

Of particular interest, in view of recent Section 301 actions involving China, are comments about the country from the 2001 Special 301 USTR report:

Although lack of enforcement of intellectual property rights remains a significant problem in China, particularly for trademarked products and copyrighted works, China's officials recognize the need for more effective action to address this continuing problem. Ambassador Zoellick welcomed the initial progress they have made through such actions as the new anti-counterfeiting "campaigns" initiated in late 2000 and continued into 2001. Nevertheless, piracy and counterfeiting remain rampant in China. The United States will continue to monitor China's actions to address these problems through an active program of bilateral consultations to ensure that the laws as enacted are consistent with China's WTO obligations and that China applies its laws in a manner that provides more effective protection of intellectual property rights.

In the next article of this series, we will see the prophetic nature of Ambassador Zoellick’s words: I will look at current Section 301 actions against China, 20 years later, where lack of enforcement is still a major concern.