Where should exporters turn when they need help expanding their markets and promoting their businesses internationally? One of the first places I point exporters toward is their local U.S Commercial Service office.

We talked with Meredith Bond, director of the U.S. Commercial Service’s Omaha office, who shared with us a bit more about how the Commercial Service can help exporters interested in beginning or expanding their global reach.

END_OF_DOCUMENT_TOKEN_TO_BE_REPLACED 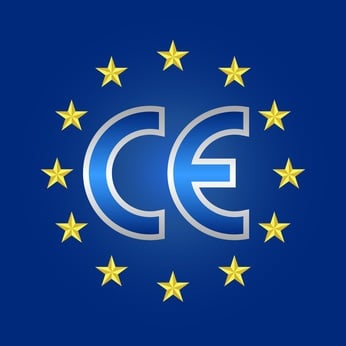 Use the CE Marking When Exporting to the European Union

The European Union (EU) is a massive market that takes great pride in unifying the region so products and services can flow throughout the market seamlessly. To achieve greater integration, the EU has adopted what it terms the CE Marking Directives. These directives insist that CE Marking is mandatory if your product falls in one of the defined categories stated in its directives.

In this article I will highlight the power of the EU in the world market and the importance of CE Marking to enter and sustain your international marketing operations. As always, I won't provide any legal counsel or advice.

END_OF_DOCUMENT_TOKEN_TO_BE_REPLACED

In our last article, we identified some of the major trade barriers small-to-medium-sized businesses often face when exporting internationally. But we didn’t want to stop there. As an exporter, you know—and may even have firsthand experience with—the problems. What you may not know is how straightforward it is to begin solving them.

Exporters sometimes ask us what they should do when they face trade barriers, so, with the help of the International Trade Administration (ITA), we’ve identified the steps small- to medium-sized businesses can take to be successful in attacking trade barriers in the global marketplace. Here’s what you can do to get beyond the roadblocks.

END_OF_DOCUMENT_TOKEN_TO_BE_REPLACED 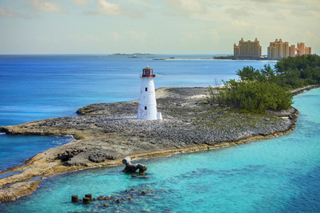 You Need a CARICOM Invoice (Even Way down in Kokomo)

Aruba, Jamaica,
Ooh I want to take you to
Key Largo, Montego,
Baby, why don’t we go down to Kokomo…

Did you know the Beach Boys were actually singing about exporting to Caribbean islands? OK, maybe not exactly (or at all!), but their classic crooning does remind me of the CARICOM invoice. Here’s what you should know about the document and how it applies to your exports.

END_OF_DOCUMENT_TOKEN_TO_BE_REPLACED

Located at the crossroads between Bangladesh, China, India, Laos and Thailand, Burma, officially the Union of Myanmar, appears to be coming out of the shadows.

The country remained under the tight control of the military for five decades. In 2010, the environment changed when the former Prime Minister, Lieutenant General Thein Sein, assumed the presidency of Myanmar.

END_OF_DOCUMENT_TOKEN_TO_BE_REPLACED

Roy Becker | December 22, 2013 | Export Markets, Export Finance
When Nigeria struck oil in the mid 1970s, it became a cash-rich country. As a result, the Nigerians began to import large quantities of consumer goods. The goods arrived at a much faster pace than the out-of-date ports could handle. Ships sprouted up in the harbor like weeds in an untended garden. Because the ports had become so out-dated, they could bring only one ship in to dock at a time, unload it, send it back out, and bring in the next ship. The Nigerian government's intended solution to this problem left several companies with a sinking feeling.

END_OF_DOCUMENT_TOKEN_TO_BE_REPLACED 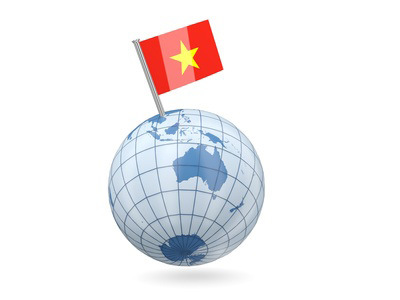 The Transformation of Vietnam

Located on the east side of the Indo-China Peninsula, the Socialist Republic of Viet Nam (Vietnam) is bordered by China, Laos and Cambodia.

It declared independence from France by Ho Chi Minn in 1945. Its current borders were established in 1975 following the merger of North and South Vietnam under communist rule.

With a population of 88.8 million, Vietnam is the 13th most populous country in the world. Most of its people live in the Southeast Asian sub-tropical climate zone.

END_OF_DOCUMENT_TOKEN_TO_BE_REPLACED

Becky DeStigter | March 10, 2013 | Export Markets, Export Finance
The more I work with companies selling products in various points along the Product Life Cycle, the more I believe that your product's life-cycle stage profoundly affects how you market that product. When your markets are in other countries, it is also important to consider that your product may be at different stages in different markets. For instance, Apple's iPads may soon be reaching the Late Majority Stage in the U.S. But in Bangladesh, this product is definitely still considered the domain of Innovators. Apple purposefully innovates in order to keep its focus on Innovators and Early Adopters.

END_OF_DOCUMENT_TOKEN_TO_BE_REPLACED

The Republic of Indonesia is the largest and most populous economy in Southeast Asia with 240 million people, making it the fourth largest country in the world.

Located in the heart of the economic growth in Southeast Asia, it is a vast polyglot nation that stretches more than 5,000 kilometers across the equator and is made up of more than 17,000 islands.

END_OF_DOCUMENT_TOKEN_TO_BE_REPLACED

During good economic times and bad, there are always opportunities for U.S. companies to increase sales and enhance their revenues by entering new overseas markets and expanding their exports.

The key to this strategy, of course, is finding which overseas markets offer the best opportunities and then identifying partners and customers for your products and services in those markets.

Fortunately, there is such a key available to U.S. companies through the U.S. Commercial Service called the Gold Key Service.