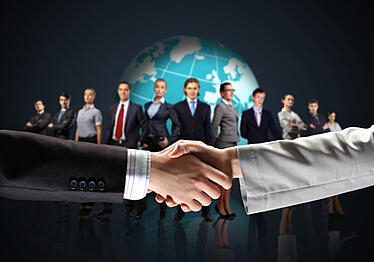 In this first article in my new column devoted to Free Trade Agreements (FTAs), I thought it wise to give a strategic overview of FTAs and their impact on trade and, in particular, the impact on the individual company or trade professional.

The important point to remember about FTAs is that they all have two things in common. The good news is that a FTA confers the benefit of duty-free or reduced-duty treatment to qualifying importations.

The bad news is that the U.S. Customs and Border Protection (CBP) views FTAs as "give backs," and they take a very conservative view and are strict about the documentation needed to qualify an imported product. In a related bit of further bad news, safeguard legislation is in place to re-impose trade barriers if the FTA proves to be too much of a good thing.

With the new millennium, FTAs have sprouted in such profusion that it is a task to keep track of them all. As this is being written, the United States is negotiating FTAs with such diverse trading partners as Korea, Thailand, the United Arab Emirates, Panama and the five-nation Southern African Customs Union.

In addition, the U.S. has negotiated FTAs with Bolivia, Colombia, Peru and Ecuador, but they await Congressional approval before they become effective. If taken together, the countries with which FTAs have been implemented or are in negotiation represent the United State’s third largest export market and the world’s third largest economy.

Because the list of FTAs is in flux, the calculus for sourcing products from overseas is in flux as well. For example, a few years ago, a company might have decided to buy products from a vendor in Thailand rather than Australia.

The quality, price and logistics offered by the two sourcing options might have been identical, but Thailand-origin products may have offered a break on customs duty through its eligibility for Generalized System of Preferences (GSP). Or it could have been that Thailand’s GSP eligibility and the ensuing duty-free treatment for the product imported into the United States were enough to outweigh price, quality or other advantages arising from the Australian vendor’s offer.

With the accession of the U.S.-Australia FTA in 2004, however, the Australian product might now also be eligible for duty-free treatment.

This introduces another aspect of the FTA program: while trade preference programs such as GSP or the Andean Trade Preference Act provide for duty-free access from beneficiary developing countries, the FTAs provide the same access for products from some trade partners, e.g., Australia, Singapore and Korea, which are clearly not developing countries.

By expanding duty-free access to the United States market regardless of the state of development in the country of origin, the U.S. has widened the range of choices for companies looking offshore for their sourcing.

So much for the good news.

Recent empirical evidence is in: CBP doesn’t like FTAs. Make no mistake about the continuing role of CBP as a revenue agency, even in this post-9/11 world.

Before the introduction of the federal income tax in 1913, customs duties furnished the lion’s share of revenue for the federal government. While the roughly $21 billion in duties and fees collected by CBP annually is dwarfed by the $1.5 trillion in income tax collections, the level of duties the U.S. government is collecting has remained steady in spite of the proliferation of FTAs and trade preferences and the zero duties assigned to specific products, e.g., toys, furniture and pharmaceuticals.

CBP has taken a very narrow approach to NAFTA, for example, claiming that Ford Motors was not entitled to NAFTA benefits because it did not have documentary proof for the imported articles’ eligibility. That dispute is now before a federal court in Texas. If CBP prevails, it will mean that importers may not be able to rely on the certificates of origin issued by the exporter of the product.

In similar fashion, CBP auditors are raising the stakes for importers claiming GSP. Importers are routinely required to come up with the same level of detailed cost accounting for production as would be the case if there were a computed value appraisement or if CBP was alleging transshipment.

CBP is calling upon importers to come up with a dizzying pile of costed bills of materials, detailed time records for production line workers, records of utilities’ expenses, and the like. Bearing in mind that many of the producers are small enterprises and are unrelated to the importer and that their business sophistication may be at a level consistent with their local standards in, say, Jordan or Costa Rica, and one can imagine the difficulties.

Many CBP auditors demand to see production records even if the importer seeks to qualify goods on the basis of material costs alone.

Each of the FTAs has rules of origin that are unique, so we should not overly generalize. But we can predict that CBP will take the same post-entry audit approach for all FTAs.

U.S. companies may be unable to take advantage of the reduced duties under a particular FTA not because the goods don’t qualify under the FTA, but because importers are unable to satisfy CBP’s documentary tests.

Finally, there lurks in the background the specter of what happens if the FTA is simply too much of a good thing. What happens if importers using an FTA are too successful in gaining market share in the United States? The FTAs provide their own answers.

Just as the safeguards provision in the U.S.-China trade context resulted in the reintroduction of quota on Chinese apparel and textiles to stem the tide of the import surge, so too is there the risk that the safeguard provisions in a given FTA will provide statutory authority. Each FTA sets up a procedure so domestic competitors can petition the International Trade Commission to impose duties at the column 1 rates on the affected items.

FTAs are a good thing, but the CBP or a domestic competitor may stand in your way.