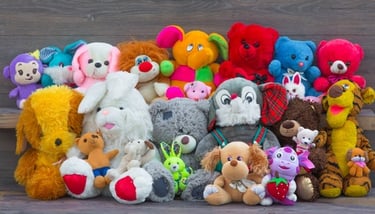 How many ways are there to classify things? When my kids were little my mother bought them way too many Beanie Babies, but sometimes it was fun (and kind of educational) to classify them. The Beanie Babies could be organized by type of animal or by color or by what they ate or type of habitat.

You could say that governments do the same thing with goods. Sometimes goods are classified on the basis of their objective characteristics. Sometimes they are classified based on their use. Today I’m going to compare two types of classifications, the Harmonized System (HS) codes and the Export Control Classification Numbers (ECCN).

The HS codes are international codes developed and maintained by the World Customs Organization (WCO) and are governed by the International Convention on the Harmonized Commodity Description and Coding System. This convention is currently used by more than 200 countries. The first six digits of an HS number are the same for a particular good in any of those 200 countries, including the United States.

ECCNs are national codes specific to the United States, although they are similar to codes used by other countries because most countries participate in multilateral export control regimes like the Wassenaar Arrangement. The first character of both ECCNs and the European Union’s ECNs is a category and the second character is a product group. For example, if an ECCN or ECN starts with 4D, its category is Computers and its Product Group is Software. The third character of an ECN defines the Regime Origin (e.g. Wassenaar Arrangement, Australia Group), but that is not the definition of the third character of an ECCN. The remaining four digits of the 10-digit code are country specific. About 98% of items traded internationally have HS codes.

ECNs or ECCNs specifically identify items that are subject to export control regulations. They target only a limited number of items, generally referred to as dual-use items, meaning they can be used for both commercial and military purposes. Goods that are traded at high volumes world-wide are generally not controlled.

However, there is not a one-to-one correlation for many items. For example, in the European Commission table, ECN 5A002 has 70 different HS classifications. And HS 8517.62.0000 has eight different ECNs. Sometimes the end use and end user must be considered before an item’s ECCN can be determined.

So while there is some correlation between HS codes and ECCN numbers, every situation is unique and requires adequate knowledge of the good being exported and who it is being exported to.

This article was first published in March 2017 and has been updated to include current information, links and formatting.