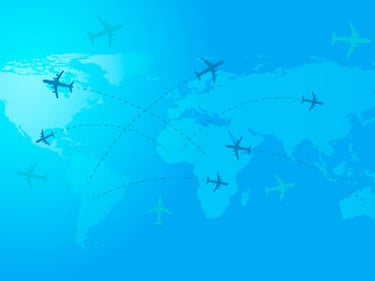 Then, I got another call, and then an email or two, and so on—so perhaps you have these questions as well. If you’re curious about the differences, this explanation is for you.

According to the U.S. Census Bureau Common Trade Definitions, a standard shipment is “all goods being sent from one U.S. Principal Party in Interest (USPPI) to one consignee located in a single country of destination on a single conveyance and on the same day.” The Electronic Export Information (EEI) should be filed when the value of the goods is over $2,500 per Schedule B or HTS commodity classification code.

Who Arranges the Freight

In a routed export transaction, the forwarding agent, not the USPPI, is responsible for arranging freight. They are also responsible for providing the USPPI with documentation verifying that the information provided by the USPPI was accurately reported through the Automated Export System (AES).

In a routed export transaction, the FPPI purchases goods from the USPPI and authorizes a U.S. agent to facilitate the export of items from the United States on their behalf. The FPPI also authorizes the preparation and filing of the electronic export information (EEI) in one of two ways:

1. The FPPI can authorize the USPPI to file the EEI.

In order for the USPPI to file the EEI, the USPPI must get written authorization from the FPPI. With that authorization, the USPPI can ensure the EEI and related documentation associated with the routed export transaction are filed correctly. With Shipping Solutions software, you can file through the Automated Export System (AES) while accurately preparing the other documentation up to five-times faster.

2. The FPPI can authorize the agent to prepare and file the EEI.

In this case, the USPPI must provide information to the U. S. agent regarding the shipment.

We discuss this process in depth in our article, What the Heck Is a Routed Export Transaction?

How Information Is Filed through AES

Even though the USPPI is not responsible for filing through AES in a routed export transaction, they can still negotiate that responsibility. For this to work, the USPPI needs to get a limited power of attorney or statement assigning them the duty from the FPPI. I highly recommend doing this.

Why would you want to do this?

Because in a routed export transaction, you are giving up at least partial control of one of the cornerstone of successful exporting—compliance. Your customer (who’s most likely not in the U.S.) probably does not understand or care about U.S. export regulations; in fact, it might even be in their best interest to ignore or avoid these regulations! However you, as the exporter, do not have that luxury—and ultimately, compliance is your responsibility.

Get a comprehensive look at why you should consider negotiating the responsibility to file through AES in a routed export transaction in my article, Why I Hate Routed Export Transactions.

A Note About Incoterms

While an Incoterm like EXW would typically indicate that a shipment is a routed export transaction, Incoterms are not a part of the FTR. That means you can’t just say “if it’s this Incoterm (like EXW, for example), the shipment is automatically a routed export transaction. You need to take time to understand each Incoterm and make sure it’s the best fit for your shipment so you understand what fees and potential liabilities you’re committing to.