USPPI vs. Exporter: What's the Difference? 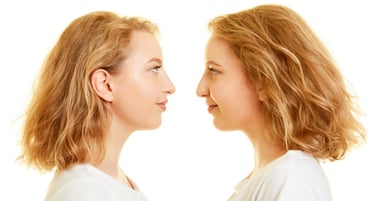 The language of exporting can be confusing. There are several different terms that are often used interchangeably, but they have small but important differences.

The differences between the definition of an exporter versus the definition of a U.S. Principal Party in Interest (USPPI) may seem minute but are actually important to understand. While many people use these terms interchangeably, they’re not exactly the same.

In 2000, the U.S. Census Bureau updated the Foreign Trade Regulations (FTR) and replaced the term exporter with the new term USPPI. There are the three main reasons the regulations were changed:

1. To clarify and specify the documentation and documentation-sharing responsibilities of all parties in an export transaction.

2. To identify the data the USPPI is responsible for reporting, including name, Employer's Identification Number (EIN), and basic commodity information, to the U.S. agent of the Foreign Principal Party in Interest (FPPI) in a routed export transaction.

3. To create conformity in document issuance. For purposes of providing the electronic export information (EEI) that must be submitted to the Automated Export System (AES) for most exports, the exporter is always designated as the USPPI, which the Foreign Trade Regulations clearly specifies.

Also, the Export Administration Regulations (EAR) define the parties who may be listed as applicant on the Bureau of Industry and Security (BIS) license. The only difference is that in certain routed export transactions, the EAR will allow the agent of the foreign principal party in interest to be listed as the exporter on the license.

So, what’s the difference?

An exporter is defined by AES as “the person or organization in the United States who has the authority of a principal party in interest to determine and control sending of items out of the United States.” (One thing to keep in mind: The Foreign Trade Statistics Regulations have a different definition for the term Exporter. Under the FTR, the Exporter is the USPPI.)

The Census Bureau website defines the USPPI as “the person or legal entity in the United States that receives the primary benefit, monetary or otherwise, from the export transaction.”

The definition goes on to say that the USPPI’s general description can include:

The National Customs Brokers and Forwarders Association of America (NCBFAA) says this: “If you are the recipient of the purchase order from the overseas party for cargo that is exported and you are invoicing them for the product, you are the USPPI no matter what the terms of sale are.”

If we’re thinking in general terms, the term USPPI falls under the umbrella of Exporter. You can be an exporter and not be a USPPI; conversely, being a USPPI indicates that you are a specific type of exporter.

You must identify yourself as a USPPI when exporting in the United States in order to file in AES. Only the USPPI, the USPPI’s authorized agent, or the authorized agent of the Foreign Principal Party in Interest (FPPI) can file. (See A Quick Guide to Title 15, Part 30 Foreign Trade Regulations.)

The U.S. Census Bureau website is the best place to find answers to questions regarding the USPPI and to learn about the regulations. In addition, these four articles are great material to help you understand who’s who when you’re exporting:

This article was first published in May 2016 and has been updated to include current information, links and formatting.