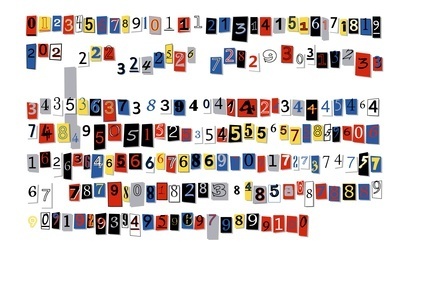 Do you know the difference between HS codes, HTS codes and Schedule B codes? In casual conversation, exporters tend to use these terms interchangeably; they, for the most part, understand that these are codes representing classifications of products.

While it’s not wrong to use them interchangeably in casual conversation, it is important to understand the differences—if not, you could get into trouble, and your shipment could, too!

Here are definitions of the terms and examples of use cases when it is appropriate to use each term:

The Harmonized System classification is a six-digit standard, called a subheading, for classifying globally traded products. HS codes, also called HS numbers, are used by customs authorities around the world to identify the duty and tax rates for specific types of products. You can learn more about these codes in our comprehensive resource for all exporters—Export Procedures and Documentation: An In-Depth Guide.

Use Case: You’ll use an HS number when you are referencing the classification with your customers, vendors and anyone outside of the U.S.

When you’re completing export documentation, any documents that are used internationally, such as the commercial invoice, should display the six-digit HS code instead of a longer code. If you use a 10-digit code, the numbers may not be accurate for the country of import.

The Harmonized Tariff Schedule code is a 10-digit import classification system that is specific to the United States. HTS codes, also called HTS numbers, are administered by the U.S. International Trade Commission (ITC). It’s very important that all U.S. importers know and use the correct HTSUS codes, because commodity duties are assessed based on this classification. An HTS code takes the same form as an HS code for the first six digits, and then has four differing last digits.

Use Case: If you are a U.S. importer, this is the code you must use. The comprehensive classification list available for free on the ITC website.

Global and U.S. HS Codes have four components, which are identified by the green numerals beneath the digits:

2. Heading: In this example, 6603 is the heading. The heading dictates the specific category within any particular chapter.

3. Sub-heading: 6603.20 is the subheading. The last two digits of the international Harmonized Code are more specific, defining subcategories of products.

4. Extra digits: 6603.20.3000 is the suffix or extra digits. Countries can use an additional two to four digits for country-specific categorizations. For example, the United States relies on 10-digit codes called HTSUS numbers. 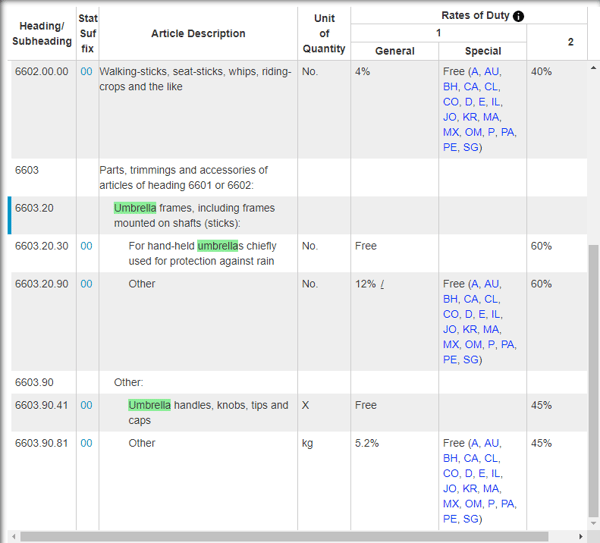 You can look up HTS codes here using the ITC's free search tool:

Why Is the Difference Important?

It’s important to understand the variations in HS numbers versus HTS and Schedule B codes because the four-digit difference could change the classification of your international export. For exports, you can’t simply use an HTS or Schedule B number in place of an HS number.

Consider the above example of umbrellas: Imagine you’re exporting parts for umbrellas. In the United States, they are identified by the HTS Code 6603.20.3000. If you’re exporting these to Germany, and you complete the commercial invoice using all 10 digits of that code, the German importer’s paperwork will be rejected—in Germany, the correct number is 6603.20.0000.

As you can see, the first six digits (the HS numbers) are identical. The difference comes in the last four digits. Though the HS code subheading is the same, the HTUSUS for umbrellas is one digit different than the German code, making it incorrect.

Use Case: Companies that export will typically use the appropriate Schedule B codes for their products rather than HTS codes on their export paperwork and when filing their EEI through the Automated Export System (AES). Since the Schedule B codes are a subset of the HTS codes, it's usually quicker and easier to classify products under Schedule B than HTS.

Companies that are already classifying their products using the HTS codes for their imports may want to use HTS classification for all their products to eliminate the need to classify their products twice—once under HTS and once under Schedule B. That is perfectly acceptable, but do keep in mind that there are certain HTS codes that can't be used for exporting.

Also, the reverse is not true. You cannot use Schedule B codes in place of HTS codes for import classifications. 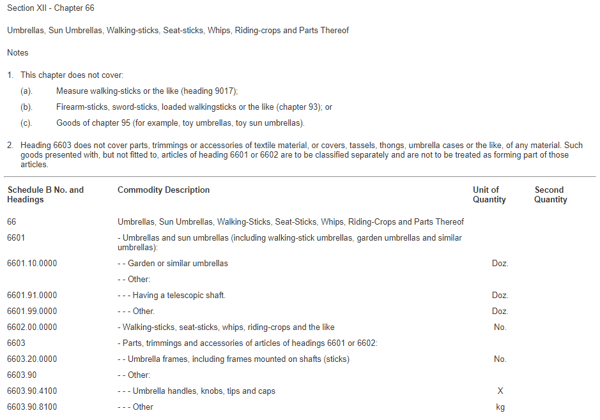 You can look up Schedule B Codes here using the Census Bureau's search tool:

When Not to Use a Code

Some exporters prefer not to include an HS code on their commercial invoices. As a general rule, I think it's a good idea to include the proper code on the invoice, but I address some reasons why you might not in our article Why You Shouldn’t Include HS Numbers on a Commercial Invoice.

There are consequences if you misclassify your product. If you’re doing this wrong, you’re committing fraud—and you could face fines and other penalties. Fortunately, there are a ton of excellent resources available to exporters. Here are a few:

This article was first published in November 2015 and has been updated to include current information, links and formatting.