Is Your Shipment to Puerto Rico an Export? 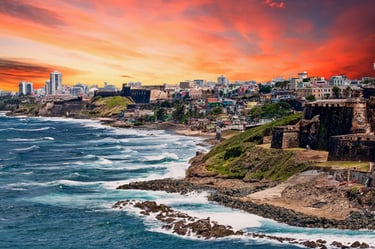 You’ve probably known since grade school that Puerto Rico is not a state. But do you know what it is?

It’s an unincorporated United States territory in the Caribbean Sea made up of a main island plus several smaller islands with a population of about 3.5 million people.

But what does it mean to be an unincorporated U.S. territory?

Puerto Ricans are natural-born citizens of the United States, but they have no representatives in Congress, and they can’t vote for president. However, Puerto Rico’s head of state is the President of the United States. It costs the same to send a letter to Puerto Rico as any other place in the U.S., and you just dial 1 before the area code and number to make a phone call Puerto Rico.

Therefore, it seems like shipments from the U.S. to Puerto Rico should not be considered exports, and the Department of Commerce’s Bureau of Industry and Security agrees.

However, the Foreign Trade Regulations (FTR) state that Puerto Rico is not excluded from Electronic Export Information (EEI) filing, which is the data exporters are required to file through AESDirect. The FTR is run by the U.S. Census Bureau, which is also part of the U.S. Department of Commerce.

Filing your EEI with AESDirect is required for exports from the U.S. to Puerto Rico unless they fall under an exemption, such as being under the $2,500 threshold.

When you are filing through AESDirect, there are a few things to keep in mind if you are shipping to Puerto Rico:

If you are using Shipping Solutions export software to file your EEI, whatever you enter as the country on the Ultimate Consignee EZ Start-Contacts screen will be uploaded to both the Step 1: Shipments tab and the Step 2: Parties tab. That means that if you have selected Puerto Rico as the Ultimate Consignee country code, it will upload properly to the Step 1: Shipment tab in AESDirect, but you will have to fix the Step 2: Parties tab to show PR as the state and US as the country.

This article was first published in June 2016 and has been updated to include current information, links and formatting.