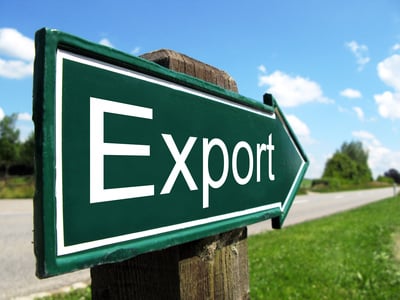 Did you know that you could be liable for merchandise that has been exported from the United States even if your company wasn’t the actual exporter? If you are under the misconception that your liability ends once merchandise leaves your premises, you are terribly mistaken.

Although you might be selling merchandise to a domestic customer, that same domestic customer may ultimately export the merchandise from the United States. According to the Export Administration Regulations (EAR), your company could be liable for export violations if you know or have any reason to know that your merchandise is going to be exported.

It's good business practice to gather as much information as possible about the purchaser of your merchandise. Is the ultimate end-user different than the purchaser? Will the merchandise be exported now or in the future; if yes, to whom? If your customer refuses to provide this information or gives you vague answers, their evasiveness is a potential red flag.

The inclusion of a Destination Control Statement (DCS) on all transactions is a good precaution to take  to protect yourself in case the merchandise you sold to a domestic purchaser is unexpectedly exported from the United States.

According to Part 758.6 of the EAR, a destination control statement must be entered on the invoice as well as on the bill of lading, air waybill, and any other export control document that would accompany the merchandise from the United States to its ultimate destination abroad. The destination control statement is required for all exported items listed on the Commerce Control List (CCL) that are not classified as EAR99 unless the exportation may be made under license exception BAG (baggage) or GFT (gift parcels and humanitarian donations) in accordance with Part 740 of the EAR.

The destination control statement must include the following statement at absolute minimum:

These commodities, technology or software were exported from the United States in accordance with the Export Administration Regulations. Diversion contrary to U.S. law is prohibited.

The U.S. government expects 100 percent compliance with the EAR when merchandise is being exported from the United States even if your company is not responsible for the ultimate exportation of the merchandise.

As the saying goes: Ignorance of the law is not an excuse! You don’t want Uncle Sam knocking at your door for violating the EAR.

This post was originally published in May 2009 and has been updated to include current  information, links and formatting.