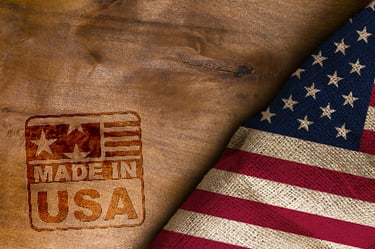 Those expecting a dramatic reversal in some of former President Trump’s protectionist trade policies were surprised to see that one of the first trade-related proclamations in the first days of the Biden administration was “Buy American.” The executive order—Executive Order on Ensuring the Future Is Made in All of America by All of America's Workers—was issued without Congressional approval on Jan. 25, 2021, just 10 days after inauguration.

The executive order promotes enforcement of the existing Buy American Act of 1933 by tightening the test for measuring domestic content (the amount of a product that must be made in the U.S. for a purchase to qualify under Buy American law) and more tightly controlling when waivers are granted. The decree would make changes to Federal Acquisition Regulations (FAR), which deal with sales to the U.S. government, including some military and NASA contracts—a large sector of the economy.

Why was this one of the first executive orders issued by President Biden? It indicates his commitment to organized labor and to preserve and “reshore” American jobs. According to a White House press release, the "executive order fulfills President Biden’s promise to make Buy American real and close loopholes that allow companies to offshore production and jobs while still qualifying for domestic preferences."

What It Means for Exporters

While this in itself may be a desirable policy goal, it may lead to other countries passing similar requirements that may limit U.S. exporters from participating in these countries' government procurement process. This often precipitates trade wars.

Some question the legality of these provisions through an executive order, since the power to regulate international trade is a constitutional authority of Congress. Biden did make a point of affirming that any changes in the executive order be “consistent with applicable law,” which includes U.S. commitments under the World Trade Organization (WTO), the Government Procurement Agreement (GPA) and commitments under various individual trade agreements, such as the United States-Mexico-Canada Agreement (USMCA). (For more information on government procurement and the USMCA, see chapter 13 of my book The United States-Mexico-Canada Agreement (USMCA): Legal and Business Implications.)

The interaction between this new executive order and existing trade agreements and U.S. obligations under the WTO could result in challenges in the courts and in the WTO. The executive order provides 180 days for review by various government agencies, after which we will likely see more specific implementation proposals by different agencies.