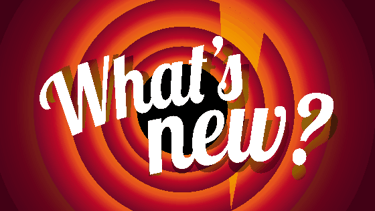 So how does the USMCA look different from NAFTA? And what, if anything, do exporters need to look out for? Here’s a list of things to be aware of as we make the switch to a new trade agreement.

The first thing to know about the changes from NAFTA to the USMCA is that there won’t be many. The two agreements are largely similar.

NAFTA reduced or removed most tariffs between the United States, Mexico, and Canada, so the USMCA will focus instead on rule changes and non-tariff barriers. Zero tariff products under NAFTA will remain so under the USMCA. Most of the impact of the USMCA will be small, and industry specific.

Rules of Origin Are Changing

This one is big. As you have probably heard, the USMCA raises the regional content requirements for passenger vehicles from 62.5% to 75% to meet duty-free standards. In addition, 70% of the steel and aluminum used in production must be sourced from North America. The USMCA does away with "deemed originating" and "tracing" components, something that was allowed under NAFTA.

Finally, a new labor valuation content requirement will require 40-45% of automotive content to be produced by workers making at least $16 per hour. These changes will likely raise the cost of production somewhat, and that cost will likely be passed on to consumers.

The change to automotive regulations is expected to be one of the most impactful provisions of the USMCA, but car components won’t be the only goods facing new rules of origin requirements. The USMCA will require certain yarns and parts of garments to be sourced from North America.

It also adds several process methods to the list of criteria for determining the origin of chemicals. This should provide manufacturers with another option for conferring origin in the Harmonized Tariff Schedule. Although these changes are expected to have a minimal economic impact overall, they are important for exporters to be aware of.

The USMCA also contains a chapter on digital trade, which prohibits customs duties from being applied to electronic products (e-books, videos, music, etc.). The agreement bans data localization, and ensures that suppliers will not be restricted in their use of electronic signatures. NAFTA did not cover these topics because it was negotiated in 1992, prior to the advent of most of these technologies.

Another way that the USMCA takes steps to galvanize trade is by reducing tariff rate quotas. In case you aren’t familiar, tariff rate quotas are a mechanism that lets countries import a limited amount of a product with reduced or removed import taxes. Once the quota is exceeded, said country can impose duties.

Canada is one example. Our northern neighbor uses a quota system to shield its agriculture industry from competition. According to the Congressional Research Service, Canada’s over-quota tariffs can reach 315%.

As part of USMCA negotiations, Canada has agreed to expand its tariff rate quotas for 14 categories of dairy products, covering 51 lines in the Harmonized Tariff System. This could give exports in the United States access to up to 3.6% of the Canadian dairy market.

Some De Minimis Thresholds Will Rise

The USMCA raises the de minimis threshold for products that are imported from Canada and Mexico. When NAFTA was enacted, e-commerce was not what it is today, and cross border shipments of relatively low value items was not a big priority. Now that e-commerce has blossomed into a $637 billion dollar industry, cross-border, lesser-value shipments are getting another look.

There Is a Sunset Clause

One new feature of the USMCA is its review and term extension’, also known as a sunset clause. The text of the USMCA reads, "This Agreement shall terminate 16 years after the date of its entry into force, unless each Party confirms it wishes to continue this Agreement for a new 16-year term." Unlike NAFTA, the USMCA is meant to expire.

While NAFTA did include a Free Trade Commission (which is retained in the USMCA) made up of three trade ministers with the ability to review and update the agreement, it did not include language regarding expiration.

Six years after the USMCA is implemented, the United States, Canada, and Mexico will jointly revisit the agreement, at which time they can decide whether to extend it for an additional 16 years. If the three countries decide unanimously to renew the USMCA, it will push the sunset period back. If not, additional reviews will take place for the following decade until concerns are resolved or the agreement expires.

The big takeaway is that changes from NAFTA to the USMCA will be limited. The USMCA is more of a facelift than an overhaul. Certain industries will no doubt be impacted, but as long as you are prepared, the transition is not something that should keep you up at night.