Global Supply Chain Disruptions: A Look Back, a Look Toward the Future 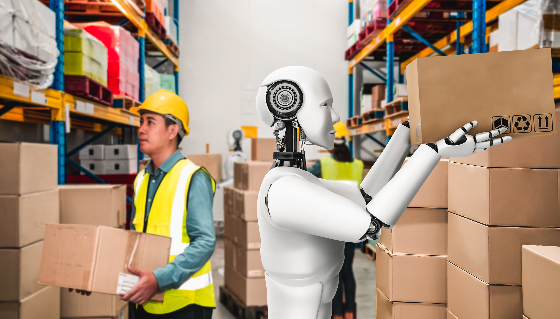 Looking ahead toward 2030 and beyond, changes in technology are expected to disrupt transportation due to fuel shortages and the development of Transportation as a Service (TaaS) business models (using a vehicle you don’t own to get around or transport products). Switching from fuel to autonomous vehicles will create disruptions in the transportation and oil industry globally. These new technologies come at a premium cost for taxpayers and business operations.  Neither states nor the federal government are fully prepared to support and implement these changes.

California, due to recent changes in laws, is leading the way but not without high costs to the state and businesses—many wait in line for hours to recharge electric vehicles. The cost for replacement batteries in vehicles and trucks ranges from $23,000 to $35,000 and higher.  Many consumers already can’t afford new vehicles, and the cost of replacement batteries equals the cost of a new vehicle.

Not the First Large-Scale Transformation

In the early 1900s, when the first modern cars were being made, no highways or gas stations existed. How people and goods were moved went through an evolution during this time, into the now well-developed system of millions of gas stations, roads and and highways that cross America and the globe. Change is inevitable, and history has already shown that as the world moves into a new era of autonomous vehicles, drones that move goods across the skies, and robots that work beside humans, these changes will bring new opportunities but also new risks for disruptions that need to be controlled as unexpected disasters arise globally.

Predictions provide insight into the many pros and cons of these futurist changes, ranging from initial high costs to eventual savings in the trillions for consumers. Pandemics, gig and remote work, and unstable political climates globally are forcing unprecedented change in every industry. Supply chain operations and organizations are strained as supply demand increases while labor markets suffer.

It is predicted that as many as 85 million jobs could go unfilled by 2030, due to retirements followed by smaller generations who have different opinions about how and what work is critical to the economy. One thing is certain: Change is coming, and it’s coming fast. Those not prepared will find themselves lost in the maze ahead as unexpected, new disruptions occur and new technologies arise—are you ready for like Li-Fi, which will disrupt Wi-Fi, as light becomes a new source for connections and communications?

Stay alert and informed, keeping your team players and partners close, as our globe is now moving at warp speed into the biggest industrial revolution our world has ever seen.

Developing Your Export Strategy: 5 Things Every Exporter Should Know