The Advantages of Arbitration Clauses in International Contracts 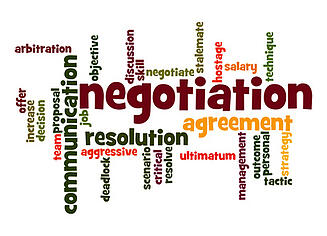 Arbitration is a method of dispute resolution that has become very popular in the last 20 years or so for commercial disputes and other areas such as securities, labor, employment and construction. In the international commercial contracts area, arbitration has been a preferred method of dispute resolution for at least 30 years, but most people don’t know why or what advantages there are in using arbitration instead of going to court.

Arbitration is essentially private litigation. In contrast to one party suing the other in a court system in a particular country, arbitration is consensual; that is, the parties must both agree to submit a dispute to arbitration. This agreement to arbitrate can be done up front in the contract by inserting an arbitration clause or even entered into after a dispute begins.

There are several practical reasons for favoring arbitration over going to court. Generally speaking, it takes less time going through arbitration than going to court, although critics (especially litigators) like to point to arbitration cases that have been drawn out and expensive. Of course, the key to keeping the process timely is effective oversight and management of the process.

Arbitration is faster because there is either no up-front legal discovery (the process of document production and witness depositions) or very limited discovery. Most arbitral bodies that provide procedural rules and administration, such as the American Arbitration Association, have rules with expedited time periods for filings and responses, and make it part of their mission to provide timely dispute resolution. In addition, the award is final and binding, so there are no appeals. So, even though you are paying for the arbitrator’s time, the whole process is generally faster and less costly overall.

Arbitration is also favored because it is private—there is no official court record to be made public. If you have a dispute with another party with whom you may need to do business again, this is a major advantage.

The parties can stipulate that the arbitrator or arbitrators—usually one arbitrator for small disputes and a panel of three for large disputes—have expertise in particular areas that would be relevant to their businesses or the type of dispute. Particularly in the international contracts area, arbitration is used to bypass the fear (real or perceived) of not getting a fair hearing in another country’s courts, or fear of corruption in such courts.

One of the most important but little-known reason to use arbitration clauses in your international contracts is enforceability. Court judgments are much more difficult to enforce than arbitral awards because there are relatively few international treaties between or among countries regarding enforcement of foreign court judgments. However, 137 countries have now ratified the 1958 United Nations Convention on the Recognition and Enforcement of Foreign Arbitral Awards (the “New York Convention” for short).

The United States is a party to the New York Convention and ratified it in 1970. Any award entered in the U.S. is enforceable in 136 other countries, and vice versa. The U.S. also has a federal law, the United States Arbitration Act, which favors and promotes the use of arbitration by making arbitral awards enforceable within the U.S. and only challengeable for narrow reasons.

Full Disclosure: The author has been on the Panel of International Arbitrators of the American Arbitration Association since 1999.