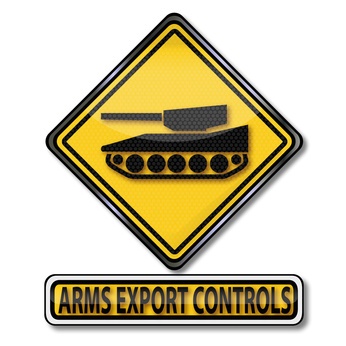 This is where the International Traffic in Arms Regulations (ITAR) come in. ITAR is part of a web of laws and regulations prohibiting U.S. individuals and companies from engaging in business with prohibited/sanctioned countries and persons for various economic, financial, anti-terrorism and human rights reasons.

To understand ITAR, you must first understand the regulatory framework of export laws of the United States. In simplest terms, the Export Administration Act (EAA) of 1979 as amended under 50 U.S.C. app 2401-2420 and 50 U.S.C. 1701-1706 under Executive Order 12924 is the basis for all U.S. export controls. In August 2001, the EAA technically expired and President George W. Bush extended it by virtue of Executive Order 13222. In 2007, he signed the International Economic Powers Enhancement Act (IEEPA), which continued the EAA and increased penalties for violations.

The Export Administration Regulations (EAR) of the United States implements the EAA and is managed by the Bureau of Industry and Security (BIS) under the Department of Commerce. The EAR covers all commerce and dual-use, non-military items. Articles, technology and services that exceed the EAR criteria are deemed to be controlled by the Department of State, unless otherwise determined by a formal commodity jurisdiction (CJ) request.

The Arms Export Control Act (AECA) authorizes the president to designate items that shall be considered as defense articles and services, and these items constitute the United States Munitions List (USML). The ITAR implements the AECA and is managed by the Directorate of Defense Trade Control (DDTC) under the Department of State. The ITAR covers all military articles, services and technologies.

Additionally, there are other regulations under U.S. legal authority such as, but not limited to, Customs and Border Protection (CBP); Office of Foreign Assets Control (OFAC); Bureau of Alcohol, Tobacco and Firearms (BATF); and Department of Homeland Security (DHS), which jointly and severally add to the EAR and ITAR controls.

The 11 Parts of ITAR

To clarify the relationship between the USML and ITAR, the USML is a list of articles and/or services that are specifically designed, developed, configured, adapted or modified for a military application and do not have a predominant civil application or civil performance equivalent; have significant military or intelligence applicability; and are determined or may be determined as a defense article or defense service.

The ITAR is divided into 11 parts:

DDTC has just begun the process of reorganizing the ITAR, beginning with changes in Part 120 that went into effect in September 2022. The DDTC's stated purpose is to clarify and better organize the regulations, and they expect this to be a "multi-year, multi-rule project" that will require companies to stay apprised of the changes and update their internal compliance procedures accordingly.

The ITAR is vague and open to interpretation. That is not by mistake but by design to allow the government the most flexibility and control over the military articles and services and, again, for anti-terrorism and to protect U.S. national security. ITAR covers:

You need to do more than just read a few articles to really understand ITAR and the implications it may have on your company's exports. While you can review the archive of articles I've written on the topic for the International Trade Blog, I hope you will use the information in these articles as a springboard to learn more about the topic. Doing so will allow you to ask the questions necessary to avoid fines, penalties and imprisonment under ITAR and other export regulations.

This post was originally published in January 2009 and has been updated to include current information, links and formatting.

Learn the basics of export compliance that companies of all sizes need to know to stay compliant and avoid penalties.