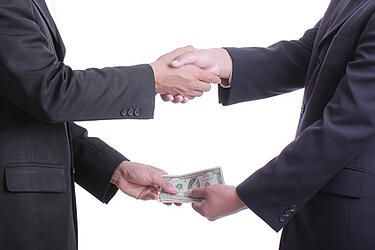 The United States Congress passed the Foreign Corrupt Practices Act (FCPA) in 1977 to make it illegal for U.S. persons and certain foreign entities to make payment to foreign officials to assist in obtaining or retaining business.

In the early years, criminal prosecutions under the FCPA were few and far between. That has changed.

The FCPA Blog, published by attorney Richard Cassin, is dedicted to covering news related to the Foreign Corrupt Practices Act. It recently published an article detailing the 83 public companies now being investigated under the Act.

What Is the Foreign Corrupt Practices Act?

First, it forbids U.S. companies, issuers or persons anywhere in the world, or foreign persons while within the U.S., from corruptly offering or paying anything of value, directly or indirectly, to a foreign government official, party or candidate, in order to influence an official act or secure improper advantage to obtain or retain business.

Willful violations of the anti-bribery provisions are punishable by criminal penalties of up to $2 million for companies and $100,000 plus five years imprisonment for individuals, including directors, corporate officers, employees, agents or stockholders. Civil penalties may also be applied of up to $10,000 for companies or individuals found liable, and a disgorgement penalty may be twice the amount gained.

The anti-bribery provisions contain an exception for "grease" payments defined as small payments made to facilitate or expedite "routine governmental actions" such as obtaining licenses and permits to do business in a country, providing police protection, processing visas or government work orders, scheduling inspections, and the like.

There are only two affirmative defenses: 1) payments are allowed if they are legal under the written laws of the foreign official’s country (but good luck finding a country that publicly allows its officials to be bribed); and 2) payments made as reasonable or bona fide expenditures directly related to the promotion, demonstration or explanation of products or the execution or performance of a contract with a foreign government or agency.

Second, the FCPA also contains accounting provisions, enforced by the SEC, which require companies to: 1) keep books and detailed records that accurately reflect transactions and the disposition of corporate assets; 2) devise and maintain an adequate system of internal accounting controls; and 3) conduct a periodic review of recorded and actual assets.

To minimize your company’s risk in this area, do a thorough investigation of all potential sales reps, agents and distributors. Include an FCPA clause in all contracts with agents, distributors and consultants (although this alone is not enough to foreclose an investigation). Ensure that your company policies include FCPA principles, and educate staff, especially sales and accounting personnel, about FCPA principles and red flags.

This post was originally published in February 2008 and has been updated to include current information, links and formatting.