A Letter of Credit Is Not a Sales Contract 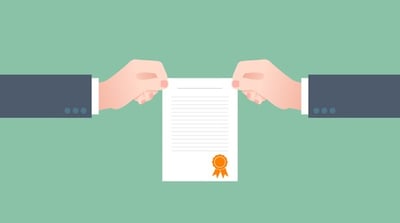 The Office of Supply of the Republic of Korea (OSROK) let out bids for the purchase of soybeans. Each bidder was required to post a “bid bond” equal to one percent of the bid.
A U.S. company entered a $30,000,000 bid, which required a bid bond of $300,000. The company sent its bid via telegram (required by OSROK) and asked its bank to issue a standby letter of credit for $300,000 instead of the bid bond.

In turn, OSROK told the company it had rejected all other bids. If the U.S. company refused to sign the contract, OSROK would draw on the $300,000 bid bond because it would cost that much or more to start the bidding process over again.

Meanwhile, the U.S. company blamed the telegraph company and informed it they would hold it responsible for the $300,000 payment. Great plan except telegraph company officials calmly noted its fine print limited their liability to $500. As the story unfolded, everyone recognized the incident as an unintentional oversight. And the three parties—OSROK, the telegraph company, and the U.S. exporter—each decided to contribute $100,000 to resolve the dilemma.

This lesson underscores the autonomy of a letter of credit as stated in Article 4a of the Uniform Customs and Practice for Documentary Credits (UCP). “A credit by its nature is a separate transaction from the sale or other contract on which it may be based. Banks are in no way concerned with or bound by such contract, even if any reference whatsoever to it is included in the credit.”

OSROK had every right to draw on the letter of credit. If they had presented a demand for $300,000, the bank would have had an obligation to honor it.

This lesson also illustrates how an exporter can use a standby letter of credit instead of a bid bond and, similarly, in place of a performance bond. Most countries understand the use of standby letters of credit and usually accept them in cases such as this.