What Is an Authorized Economic Operator? 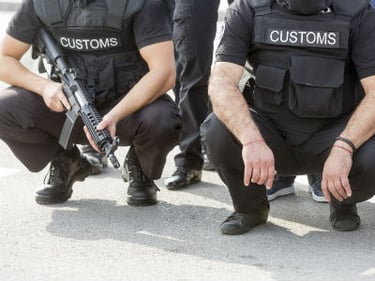 I sometimes get calls from exporters who have been asked by their international customers for their AEO number for import customs clearance.

The calls are all very similar:

What is an AEO code, and how do I find out what ours is?

AEO stands for Authorized Economic Operator. Different countries have different versions of this program. In the United States it's called the Customs Trade Partnership Against Terrorism (CTPAT). Unless your company has signed up and been approved for CTPAT or you have participated in a foreign customs authority's AEO program, you probably don't have one.

The Origin of CTPAT

In response to the terrorist attacks on the World Trade Center towers and the Pentagon in 2001, the United States took steps to secure its global supply chain to ensure that the millions of shipping containers and other cargo that enter the U.S. each year don't include weapons of mass destruction. One of these steps was the Customs Trade Partnership Against Terrorism.

CTPAT is a voluntary program in which all participating entities in the import supply chain cooperate with CBP in establishing acceptable security practices in all phases of their operations. After reviewing existing security procedures and implementing enhanced security arrangements, CBP certifies companies as CTPAT members.

The advantages for companies of participating in CTPAT or one of the other AEO programs include:

The Expansion of AEO

In 2005, the World Customs Organization (WCO) created the SAFE Framework of Standards to Secure and Facilitate Global Trade, which includes the Authorized Economic Operator Program (AEO).

As defined by the WCO, “the Authorized Economic Operator (AEO) is a party involved in the international movement of goods in whatever function that has been approved by or on behalf of a national customs administration as complying with WCO or equivalent supply chain security standards.” Those standards relate to the following areas:

This partnership allows all the parties in a supply chain to be vetted and approved by the import country's customs authority. If an exporter has supply chain partners (carriers, forwarders, or anyone touching their freight) that have been pre-screened, the assumption is that it’s more likely to be a safe import, versus one where more/all of the parties are not pre-screened. Ultimately, it allows items deemed safe to enter into the country of import quicker.

In order for AEOs to be particularly effective, customs authorities in the United States and other countries need to be confident in and mutually recognize the AEOs of other nations. This is done through Mutual Recognition Agreements (MRA), which, according to CBP, indicates that the security requirements or standards of the foreign industry partnership program, as well as its verification procedures, are the same or similar with those of the CTPAT.

So far, CBP has signed 11 MRA with foreign customs authorities:

Participating In an AEO Program

Participation in CTPAT is voluntary and there are no costs associated with joining the program. A company can apply to the program online.

According to the CBP website, the application process is easy:

Upon satisfactory completion of the application and supply chain security profile, the applicant company is assigned a CTPAT Supply Chain Security Specialist to review the submitted materials and to provide program guidance on an on-going basis.

The CTPAT program will then have up to 90 days to certify the company into the program or to reject the application. If certified, the company will be validated within a year of certification.

So, how do you respond to your international customer looking for your AEO code? As I said before, unless your company has signed up and been approved by U.S. Customs and Border Protection for the CTPAT program or you have participated in a foreign customs authority's AEO program, you probably don't have one.

There are advantages for participating in such a program whether you are an exporter, importer or both. The article, Applying to CTPAT Makes Sense for Importers, details these advantages from the importer's perspective.

Making it faster and easier for your foreign customers to import your goods into their countries is always a positive benefit. But I've also heard from U.S. companies who have questioned the benefits of participating in CTPAT versus the time and expense of getting approved by and complying with the program.

Let me know in the Comments section below if your company has participated in CTPAT and whether it has been a positive experience.