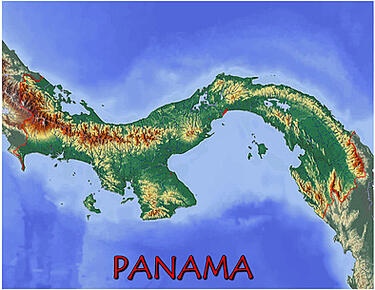 My customer wants me to complete a certificate of origin for the Panama Free Trade Agreement. They gave me a form that looks much like the official NAFTA certificate. When I declared the preference criterion, I simply put B in the field. This is because I used the rules from General Note 35 of the Harmonized Tariff Schedule that provided for tariff change and regional value content.

My customer rejected my certificate and told me I had to claim B1 or B2 to indicate which part of the General Note 35 rule I had used. I don't understand. I thought I only had to claim A, B, or C preference criteria just like under the NAFTA.

Let us reflect on Shakespeare's existential question: "To be, or not to be?" In your case the question could be restated as: "To B1 or to B2?"

The quick answer is neither.

There has been confusion in the industry about how to make the preference statement under the various trade agreements. In the absence of clear instructions many in the trade have followed the solution advised by your customer. There have been other variations of the preference criterion statement that have lead to a lack of clarity and, frankly, a question as to whether or not the goods even originate.

Recently, U.S. Customs and Border Protection (CBP) brought some clarity to the issue when it posted CSMS #13-000564. In that message CBP advised the trade not to use simple preference criteria letters such as A, B and C, unless the trade agreement itself allowed for them. As an example CBP mentions that the NAFTA allows for these preference criteria symbols.

From a practical perspective what does this mean? How are you supposed to complete the certificate of origin? What should you state in the preference criterion filed? The answers to these questions are found in the General Notes of the HTS for that program.

As an example below I have inserted the origination rules from the Panama Free Trade Promotion Agreement as stated in General Note 35 of the Harmonized Tariff Schedule.

(i) the good is wholly obtained or produced entirely in the territory of Panama or of the United States, or both;

(ii) the good is produced entirely in the territory of Panama or of the United States, or both, and

(A) each of the non-originating materials used in the production of the good undergoes an applicable change in tariff classification specified in subdivision (o) of this note; or

(iii) the good is produced entirely in the territory of Panama or of the United States, or both, exclusively from materials described in subdivisions (i) or (ii), above.

Where under the NAFTA you might state criterion A, under the Panama agreement you would insert the following: USHTS General Note 35(b)(i).

I believe this is what your customer intended by requesting that you use the term B1.

If you used the second portion of the General Note 35(o) rule relying on regional value content or other parameters required by the rule you would state the following:

I believe this is what your customer intended by directing you to use the term B2.

Where under the NAFTA you might state the preference criterion C, you would make the statement:

The Panama and other agreements have additional origination requirements in addition to the above terminology. If you originate your goods under one of those provisions you would reference the portion of the General Note that allows for that method of origination.

Let us also be clear on another issue. Simply because your goods originate under one of the preference criteria of the NAFTA does not mean those goods automatically originate under another agreement. Neither can we assume that the various criteria are exactly the same. For example, regional value content as calculated under the NAFTA is done differently than under the other agreements. You will need to make sure you have originated your goods independently per the terms of each of the agreements before making a certification statement.

If you would prefer to make your origination statement by quoting the underlying agreement, you will find that language posted at the U.S. Trade representative's website.

For more information about implementation of the various trade agreements, CBP has posted information to its website for each agreement.

To B1 or to B2? In the end, Ham, 'tis nobler to suffer the slings and arrows of your customer than to claim B1 or B2. 'Tis better to deliver the entire soliloquy of your origination process.

This article was first published in February 2014 and has been updated to include current information, links and formatting.