Letter of Credit Basics: Don't Grant Access to Your Goods Before You Get Paid 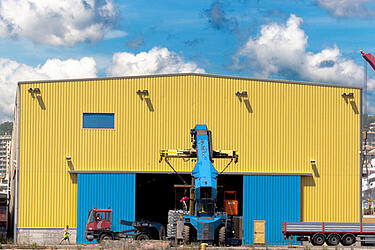 Unfortunately, once both parties agree to the method of payment, sellers frequently don’t give much thought to the actual terms and conditions that are contained in the letter of credit. This is a mistake, and it can lead to a world of problems.

As the seller, you should pay particular attention to the international bill of lading requirements in the letter of credit.

So, what difference does it make?

In each of these examples, the buyer will need an original bill of lading to take possession of the goods.

There is one other way that the buyer may be able to take possession of the goods before making payment. Again, you can determine this by reading the letter of credit.

If the letter of credit requires a beneficiary’s signed statement certifying that an original set of negotiable documents were sent directly to the buyer by the seller, be aware that by complying with this requirement and providing the statement, you are giving the buyer access to the goods. This is not an uncommon document requirement when dealing with letters of credit.

Does It Really Matter?

Whether or not the letter of credit requires a non-negotiable bill of lading, the issuing bank is obligated to pay you as soon as you comply with all the terms of the L/C. The question, then, is whether or not it really matters if the buyer takes possession of the goods before you get paid.

Perhaps it doesn’t matter, but the key here is that the seller must comply with all the terms of the letter of credit. In other words, your documents must be discrepancy free.

Let’s assume the worst: you have shipped the goods, the buyer has taken possession before you’ve been paid, and your documents have discrepancies. Your chances of getting paid are still very good. Even though there is now a slight possibility that the bank will refuse to make payment, it is much more likely that your payment will be delayed by at least a week while the bank gets the proper waivers in place.

From the buyer’s perspective, they probably don’t have anything sinister in mind when they create a letter of credit that allows them to access the goods before payment. Most likely they know from experience that if the goods arrive at the port of destination and they don’t have the proper documentation, the goods may go into storage. If so, the buyer will likely end up paying demurrage charges, which can be very expensive.

Before you agree to accept a letter of credit that permits the buyer to access the goods before you receive payment, you should carefully consider just how comfortable you are with your ability to comply with the terms of the letter of credit and with the buyer’s willingness to waive any potential discrepancies. The answers to these two questions will help determine which type of bill of lading will be acceptable and whether or not you are willing to mail the documents directly to the buyer.

This article was first published in January 2002 and has been updated to include current information, links and formatting.