3 Tips for Exiting an International Market 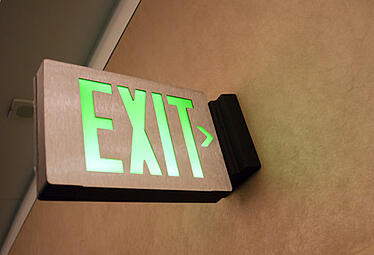 As international business professionals, our focus is normally towards expanding into new markets.

We research and plan. We execute and problem solve. But as much as we may plan, things don’t always go right. In fact, most of us have had to pull back out of a market when things went completely wrong.

It may be because of a change in economic or political conditions in country. Competition could be tougher than we thought. Perhaps we are not able to form relationships with the right people. Or we miscalculated the costs and now our entire in-country operation is unprofitable. Whatever the reasons, we now need to consider exiting the market.

Here are some tips to make exiting go smoother:

1. Start with the End in Mind

Most of us enter new opportunities with a sense of optimism. No one wants to think that well-laid plans will go terribly wrong. But since it’s a possibility, it’s important to plan for the worst-case scenario. As part of research and planning, learn about any local requirements for laying off workers, canceling contracts, extricating funds, closing down bank accounts or paying off a local business loan, and shutting down your business entity.

When talking with your international accountant and international business attorney about setting up your foreign operation, you should also be discussing exiting options.

2. Consider Options Other Than Exiting

I was talking with the leader of a Danish company serving the manufacturing market. They had entered China and were now pulling entirely out of the market. Nothing had gone according to plan, and they were taking significant losses on the operation.

I cautioned them about leaving completely. Their market entry had been poorly executed. They had chosen the wrong in-country partners. There were unexpected costs.

But the reality is that China is still the top manufacturer of goods in the world. While they needed to break from the current set of Chinese partners and take a step back to reevaluate their approach, leaving can oftentimes make it harder to reenter later. If the company can scale back to a skeleton operation, it leaves room to approach the market better the next time.

This point cannot be overemphasized. Often when we are frustrated with a situation that has gone bad, we lash out at contacts who have disappointed us. This is a huge mistake. You and your company’s reputation in both industry and market will be remembered long after you have probably forgotten what was said. Should your company ever need to re-enter that market, doors will be closed to those who have left without upholding their side of agreements or even causing others to lose face.

When your company has decided to exit or even scale back, it is important to plan well. Do it while allowing for grace and dignity for all involved. This will pay off in the future, I promise you.