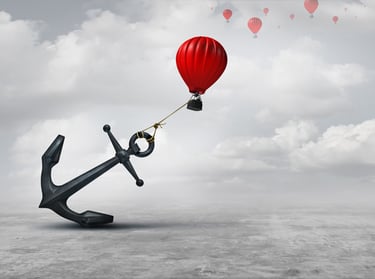 In a previous article I explained the export license determination process for exports of dual-use items controlled by the U.S. Department of Commerce under the Export Administration Regulations (EAR).

We walked through how exporters must first find the correct Export Control Classification Numbers (ECCNs) of their products and then determine if an export license is required based on what reasons for control apply to the export and whether or not any license exceptions are available.

Today’s article gives a summary of each EAR reason for control.

Reasons for control can overlap; many items on the Commerce Control List (CCL) identify more than one reason for control.

License applications for all items on the CCL (with the exception of items of Short Supply or SS) may be subject to additional review for Missile Technology (MT), Nuclear Nonproliferation (NP), and/or Chemical and Biological Weapons (CB) if the end-use or end-user may be involved in certain proliferation activities. In addition, exports to terrorism-supporting countries may be reviewed for Anti-Terrorism (AT).

If you spend all day looking at the EAR and the reasons of control, you probably already know what all the abbreviations stand for and what each particular Reason is trying to do. But if you are new to exporting and export compliance, the reasons for control you see in the CCL can be confusing.

The United States maintains codified anti-terrorism controls on exports to four countries per Section 6(a) and 6(j) of the Export Administration Act (EAA) and four sections under Part 742 of the EAR:

The Secretary of State has designated these as countries whose governments have repeatedly provided support for international acts of terrorism.

Exports and certain re-exports to Iran are subject to a comprehensive embargo administered by the Department of Treasury’s Office of Foreign Assets Control (OFAC). Companies that intend to export to Iran should first review EAR Part 746 and consult with OFAC. Authorization from OFAC constitutes authorization under EAR and no separate license is required.

The EAR states that if you plan on exporting to any of these countries, you should make sure to review Part 746 of the EAR, Embargoes and Other Special Controls.

Exports controlled in the name of nonproliferation of chemical and biological weapons may include certain laboratory equipment, pathogen samples, precursor chemicals used to manufacture chemical warfare agents, and technology used in processing such chemicals.

License applications for exports controlled under reason CB will be evaluated on a case-by-case basis in order to determine whether the export or reexport would contribute to the design, development, production or stockpiling of chemical or biological weapons.

This evaluation considers not only the identity of the product being exported but the contextual environment as well, including the effectiveness of the export control policy in the country of destination, the reliability of the parties to the transaction, and whether or not the stated end-use seems suspicious.

CC controls exist to regulate the trade of specialty police and military equipment as part of the United States’ efforts to protect human rights worldwide. These include controls on fingerprinting technology, police-model infrared viewers, and certain categories of shotguns.

Items designed for the execution of human beings as identified in ECCN 0A981 require a license to all destinations including Canada.

EAR Part 742.11 provides further information on items controlled under ECCN 0A983 (specially designed implements of torture), which require a license for all destinations, including Canada.

Though the United States respects and affirms the efforts of other governmental bodies to protect human rights worldwide, the CC controls found in the EAR are not based on any international standard and may differ from parallel controls imposed by other countries.

Though they can be easily confused with the CB controls, the CW controls outline regulations that are specifically related to the United States’ participation in an international treaty called the Convention on the Prohibition of the Development, Production, Stockpiling and Use of Chemical Weapons and on Their Destruction, also known as the Chemical Weapons Convention.

As of May 2018, 193 states have become parties to the CWC. As of November 2018, 96.62% of the world’s declared chemical weapons stockpiles had been destroyed as a direct result of these countries’ participation in the CWC.

Certain chemicals that have been used in weapons but which have widespread industrial use such as chlorine gas are not officially listed as a chemical weapon by this treaty. Although these chemicals are not specifically listed as controlled by the CWC, the use of any toxic chemical as a weapon (when used to produce fatalities solely or mainly through its toxic action) is in-and-of itself forbidden by the treaty.

According to the EAR, “Encryption items can be used to maintain the secrecy of information and thereby may be used by persons abroad to harm U.S. national security, foreign policy, and law enforcement interests.”

The FC controls regulate exports of firearms to OAS member countries. According to the EAR, “This action is based on the Organization of American States (OAS) Model Regulations for the Control of the International Movement of Firearms, their Parts and Components and Munitions (OAS Model Regulations) which were developed to assist OAS member countries to implement the Inter-American Convention Against the Illicit Manufacturing of and Trafficking in Firearms, Ammunition, Explosives, and Other Related Materials (Firearms Convention).”

In essence, these regulations exist to combat illicit manufacturing and trafficking of firearms, ammunition, explosives and other related materials in North and South America because of their links to such activities as drug trafficking, terrorism and transnational organized crime.

Licenses will generally be issued on a Firearms Convention (FC) Import Certificate or equivalent official document, satisfactory to BIS, issued by the government of the importing OAS member country.

Subject to United States foreign policy, all exports or reexports related to the design, development, production or use of missiles to any country (except Canada) require a license.

In the EAR, the term “missiles” is defined as rocket systems (including ballistic missiles, space launch vehicles, and sounding rockets) and unmanned aerial vehicle systems (including cruise missiles, target drones, and reconnaissance drones) capable of delivering at least 500 kilograms payload to a range of at least 300 kilometers. See Part 746.3 for the definition of a “ballistic missile” to be exported or reexported to Iraq.

Dual-use commodities on the Commerce Control List that are subject to nuclear non-proliferation export licensing controls are collectively referred to as the Nuclear Referral List (NRL).

The ECCN of the item is not the only factor determining whether an export license application is accepted when this reason applies. BIS also considers the stability of the country of destination and the robustness of its export control program, along with the histories of compliance or non-compliance with international nuclear nonproliferation regulations related to each party in the transaction.

BIS may conduct additional review of license applications for items not on the Nuclear Referral List if they require a license on the Commerce Country Chart for any reason other than SS and are intended for a nuclear end-use or end-user.

BIS’s policy for ECCNs controlled for reason NS is to accept license applications in all cases except those in which there is a significant risk that items will be diverted to one of the countries in Country Group D:1, which are seen as a potential threat to the national security of the United States.

RS controls are enforced in support of U.S. foreign policy to maintain regional stability in the regions to which U.S. exports are destined. RS controls primarily affect exports of advanced technology and spacecraft. EAR Part 742.6 explains that beyond just CCL items that list RS on the country chart, additional RS controls may apply to certain thermal imaging cameras, emerging technologies (technologies that are not yet included in the CCL and are temporarily designated by ECCN 0Y521), and certain spacecraft and related items. There are also special controls on exports to Hong Kong or Iraq.

Although the U.S. seeks cooperation from friendly countries in maintaining RS controls, as of 2019 the EAR RS controls are solely enforced by the U.S.

The Significant Items controls regulate exports of technology for the development, production or overhaul of commercial aircraft engines, components and systems. A license is required for all exports of ECCNs containing SI as a reason for control except when destined for Canada.

In support of U.S. foreign policy to prohibit the export of items that may be used for the surreptitious (secret) interception of wire, oral or electronic communications, a license is required for all destinations, including Canada, for these items. These controls cover communications intercepting devices along with the software and technology related to such devices.

Certain commodities of limited availability may be designated as Short Supply. SS controls are explained in Part 754 of the EAR, which implements the provisions of section 7, Short Supply Controls, of the Export Administration Act (EAA). This includes license requirements on exports of horses by sea, certain chemicals and petroleum products, and unprocessed western red cedar.

Part 746 of the EAR, “Embargoes and Other Special Controls,” covers three categories of export controls:

No, we didn’t forget. End-use and end-user are also potential reasons for control in their own right. End-use refers to the way a product is used by the person who receives it, while the end-user refers to who that person actually is.

For example, I might sell a machine meant for use in manufacturing components used in power plants, but if my foreign buyer plans to adapt this same machine to manufacture illegal nuclear weapons, it would be controlled for end-use. Or maybe I received a purchase order from a company located overseas, but after screening them against the government’s restricted party lists, I see that they are listed as a denied party due to their past involvement in terrorist activities. This would be controlled for end-user.

Licensing requirements for exports controlled for end-use or end-user are laid out in Part 744 of the EAR.

I will cover each license exception in greater detail in my next article.

When in Doubt, Read it Out

If you are exporting and you are not 100% sure whether your exports are controlled, the best thing you can do is understand the export license determination process and read the regulations. (You can access the EAR on the BIS website by clicking here.) This is the surest way to make sure you’re aware of what’s required, which helps prevent any issues that could affect your business, but also—and perhaps more importantly—is a crucial aspect of playing your part in helping to protect the national and economic security of yourself and your fellow citizens.

Let us show you how Shipping Solutions can help you stay compliant. Schedule a free demo today!