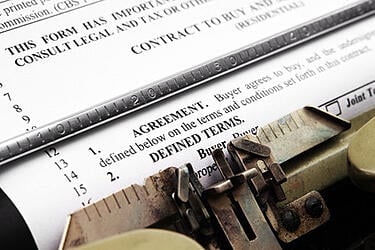 If you ever want to send a chill down the spine of your banker in the United States, just mention the phrase “back-to-back letters of credit.”

In a typical letter of credit (LC) arrangement, the buyer instructs their bank to issue an LC to the seller. There may be times, however, when a broker is acting as a buying or selling agent or middleman on behalf of the buyer or the seller. In this case, the broker may not want one of the parties to know that the other exists in order to protect their place in any future transactions between the two parties.

Most banks in the U.S. will refuse to issue an LC under these circumstances for a number of reasons. First, most banks require that the applicant—in this case the broker—have a line of credit in place. Holding a letter of credit to be used as collateral probably wouldn’t be enough. The bank is going to want to see more, such as a current balance sheet, a record of earnings for three or more years, cash flow projections, a business plan, and a credit rating. The list could go on and on.

Second, the bank won’t want to rely on another LC as their source of funding. The risk is just too high. When documents are presented against the LC that the buyer applied for, discrepancies could very likely be found. Once a discrepancy is found, there is a chance that payment could be refused. If this happens and then compliant documents are presented against the second LC that the broker wants issued, the bank is now in a position where they must make payment, but they don’t have a source for funding that payment. Banks don’t like to find themselves in a position like this.

Of course the best course of action is to check with your bank to find out what their policy is regarding back-to-back letters of credit. Just don’t be surprised if they don’t have an appetite for the business.

This article was first published in May 2005, and has been updated to include current information and formatting.