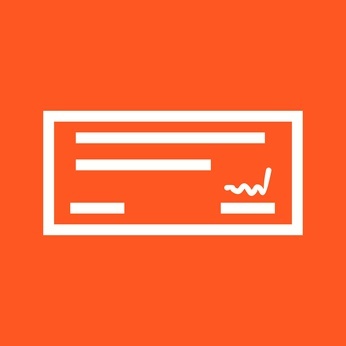 A client called from his cell phone as he drove to the bank with a set of documents to present for payment on a letter of credit, which expired at the end of the day. While speeding on the interstate, he asked about the format of a draft.

As best I could with words, I tried to create an image in his mind of what a draft looks like. I also informed him he could purchase some from an office supply store, or we could give him one from our supply cabinet.

When he asked if he needed a printed draft, I said, “No, we will permit a hand-written form.”

Then he asked, “Can I design a form on any kind of paper?” I assured him those details had nothing to do with the legal purpose of a draft as long as it contained the correct criteria.

Approximately 30 minutes later he rushed into the bank with the documents and his hand-written, hand-designed form. Hastily sketched on a brown paper bag that earlier had carried his lunch, it had all the components and criteria for a proper draft and we found no reason to refuse it.

Presenting a Draft to Your Bank

The tenor of the draft determines a sight or a time payment. The drawee honors a sight draft, identified with a tenor “at sight,” by paying it when sighted. A time draft indicates payment a certain number of days after a date or an event for the payment, for example, “30 days after the bill of lading date.” In summary, the drawer demands payment from the drawee and instructs the drawee to make payment to the payee of a certain amount on a certain date.

If the buyer successfully obtains extended payment terms, a time draft becomes the proper term to describe the payment. In this scenario the drawee accepts the draft after the documents arrive at his bank. The drawee signs a notation across the face of the draft, obligating himself to pay on the agreed upon maturity date, often tied to the bill of lading date, such as 30 days after the bill of lading date, or tied to the date of acceptance of the draft, or some other criteria.