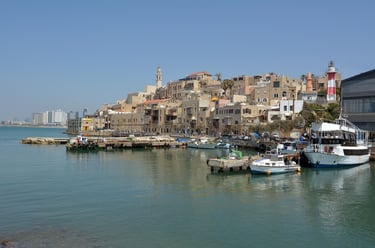 For years, exports from the United States to Israel would include the green U.S. Certificate of Origin for Exports to Israel form if the goods qualified under the rules of origin of the free trade agreement (FTA). As of April 2018, not only is that form no longer required—it is no longer allowed.

Instead, U.S. exporters or producers of qualifying goods must sign the new U.S. Origin Invoice Declaration. This declaration must appear on a commercial document—typically the commercial invoice.

I, the undersigned, hereby declare that unless otherwise indicated, the goods covered by this document fully comply with the rules of origin and the other provisions of the Agreement on the Establishment of a Free Trade Area between the Government of Israel and the Government of the United States of America.

Check one that applies:

__ The Exporter
(whether the exporter is the producer or not)

__ The Producer
(is not the exporter)

Shipping Solutions export documentation and compliance software includes the commercial invoice for exports to Israel that includes this new declaration. It is just one of the more than two dozen export forms you can quickly create in the software. (Click here to sign up for a free online demonstration of the Shipping Solutions software.)

The Rules of Origin apply to any article if:

(a) that article is wholly the growth, product or manufacture of the Unites States or is a new or different article of commerce that has been grown, produced or manufactured in the United States;

(b) that article is imported directly from the United States into Israel; and

(c) the sum of the following:

(i) The cost or value of the materials produced in the United States, plus

(ii) The direct costs of processing operations performed in the United States is not less than 35% of the appraised value of the article at the time it is entered into Israel.

No article shall be considered a new or different article of commerce under this Agreement and no material shall be eligible for inclusion as domestic content under this Agreement by virtue of having merely undergone (1) simple combining or packaging operations or (2) mere dilution with water or with another substance that does not materially alter the characteristics of the article or material.

For more detail and the full text of the FTA, visit the U.S. Trade Agreement Compliance website.

This article was first published in May 2018 and has been updated to include current information, links and formatting.