When Does Carrier Liability Begin and End? — Part 1

William Augello | September 5, 2005 | Import Basics
Print this article:
Disputes often occur in the distribution cycle over which party must bear the loss of a shipment due to a contention that the carrier had not yet taken control of the shipment or had made a “delivery” according to the bill of lading. 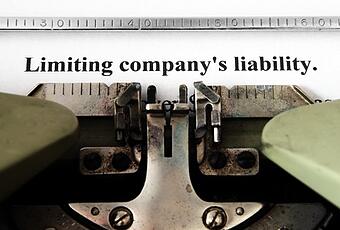 Disputes often occur in the distribution cycle over which party must bear the loss of a shipment due to a contention that the carrier had not yet taken control of the shipment or had made a “delivery” according to the bill of lading. This is such a frequent occurrence in litigation over multimodal and international shipments that six pages have been devoted to the subject in "Supplement No.1" to Transportation, Logistics and the Law, Second Edition.

The following except from "Supplement No. 1" demonstrates how important it is for every firm that imports or exports or transports global shipments either directly or as an intermediary to know when they are liable. There is no better way to learn what the rules are on these complex issues than to read these court decisions which involve millions of dollars and much unrecoverable administrative time and expense.

Read these summaries of decisions and then review your operating procedures, contracts of carriage and insurance policies to determine if your firm is at risk. Stay current with these legal issues and you will reduce the chance that you will be embarrassed by an unrecoverable loss.

Carrier liability begins when the carrier accepts the contract of carriage and the goods are in its possession and control with its knowledge and consent. The shipper must have given shipping instructions. Republic Carloading & Distribution Co., 302 F. 2d 381 (8th Cir. 1982); Dugdale Packing Co. Atchison, Topeka & Santa Fe Ry. Co., 347 F. Supp. 1276 (W.D. Mo. 1972).

When liability begins is a question of fact that frequently arises with “dropped” trailers. For instance, when a carrier signed a bill of lading but left the trailer on the shipper’s premises for later pick-up by another driver and the trailer disappeared in the meantime, a court held that delivery had been accomplished since nothing further needed to be done by the shipper. The carrier was held liable for the missing load. Conair Corp v. Old Dominion Freight Line, Inc. 22 F. 3d 529 (3d Cir. 1994).

The same result was reached in Mattel, Inc. v. Interstate Contract Carrier Corp., 722 F. 2d 17, 19 (2d Cir. 1983). The court stated “It is not the location of the goods which is controlling in such circumstances, but rather who it is that has actual or constructive possession of the goods.”

In London & Lancashire Fire Ins. Co. v. The Rome, 144 N.Y. 200 (C.A. N.Y. 1894) a large quantity of hay was destroyed by fire. The plaintiff asserted that at the time of the destruction the hay was in the freight house of the carrier and thus the carrier should be liable. According to the known usage and the regulation of the carrier, the shippers were supposed to load their goods into the cars. Thus, the carrier claimed that its responsibility had not attached because the duty to load the hay rested upon the shippers. Id. at 205.

The court noted that even if the shipper loads the freight it does not suspend the carrier’s liability, and its liability attaches when it accepts the goods to be carried. The liability of a railroad company as common carrier attaches only when the duty of immediate transportation arises and, if the shipment is delayed, the liability of the company is that of warehouseman. Id.

Then the court distinguished two scenarios where the goods are stored in a warehouse before the carriage. In the first case, “if a common carrier receives goods into his own warehouse for the accommodation of himself and his customers, so that the deposit there is a mere accessory to the carriage and for the purpose of facilitating it, his liability as a carrier will commence with the receipt of the goods.” In the second case, if the goods when so deposited are not ready for immediate transportation and the carrier cannot make arrangements for their carriage to the place of destination until something further is done, the deposit must be considered to be for his convenience and accommodation and the receiver until some change takes place will be responsible only as a warehouseman.

In the present case, the hay was delivered to the carrier for immediate shipment, and it was accepted by it and placed in its freight house. Therefore, it was not stored for the accommodation and convenience of the shippers. Delay of the shipment was caused by the carrier’s failure to promptly furnish cars for the transportation. The court further dismissed the argument that the carrier’s liability did not attach because the shippers loaded the hay and stated that “whoever was to load the hay into the cars; it was delivered and received for immediate shipment, not for storage, not to be kept for the shippers, and not subject to their control, and it was not in their custody”. The carrier was held to be liable as a carrier and not as a warehouseman. Id. at 208.

In American Fruit Growers, Inc., v. S. B. King, 114 S.E. 861 (1922) a cargo of potatoes was damaged at the wharf of the railroad company. The railroad company argued that its agent did not accept the cargo for carriage because the barge in which the cargo was brought to the carrier’s wharf was leaking. The barge was left at the wharf and sank during the night, damaging the potatoes.

In order to charge the carrier with the practically absolute liability of a common carrier as compared with the limited liability of a warehouseman, the burden is upon the owner of the goods to establish: (1) That there has been a complete delivery of the goods to the carrier, actual or constructive; (2) that the delivery has been made for shipment, with full shipping directions; (3) that the goods have been accepted by the carrier for immediate shipment or at such time as the convenience of the carrier may suggest; (4) that the goods have gone into exclusive possession of the carrier, and that nothing further is to be done with or to them by the owner. Id. at 865.

The court noted that if the cargo was accepted in the capacity as a carrier, intermediate or otherwise, it became liable for loss while in its possession as such, regardless of the question of negligence; if as a warehouseman, it became liable for loss consequent upon its negligence or breach of the express engagement. As regards the beginning of the carrier’s liability, the court held that a bill of lading is not ordinarily essential to a complete delivery because the carrier’s liability begins with actual delivery. Id. at 866.

In Republic Carloading and Distributing Co. v. Missouri Pacific Railroad Co., 302 F.2d 381 (8th Cir. 1962) the freight was lost while it was at a freight depot, portions of which had been leased by the Missouri Pacific, as owner, to Republic. At issue was whether the railroad was a common carrier and therefore responsible for loss or disappearance of shipments from the depot. Id. at 383.

The freight in this case was covered by through bills of lading issued by Republic and showed Republic as both consignor and consignee. Except for its unloading from local trucks of shipments originating in St. Louis and except for its loading into local trucks of shipments for St. Louis delivery, the railroad employees did the unloading and loading. The losses occurred between the time that the shipments were unloaded on the Platform and the time they were to be loaded into a truck for local deliveries. Id. at 384.

The court noted that in order that a railroad have the status and absolute liability of a common carrier with respect to a shipment, the shipper must have delivered the freight into its possession, the delivery must be for immediate transportation, and the shipper must give the carrier appropriate shipping instructions. The court concluded that the mere fact that Missouri Pacific rendered the unloading services was not sufficient to establish its status as a common carrier of the shipments in question. Id. at 386.