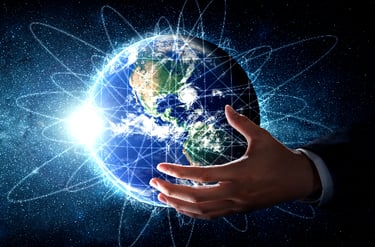 What a year and a half we’ve had. 2020 kicked off with the coronavirus spreading around the world, and concluded with a peak season that put all other peak seasons to shame. Global GDP slowed down by 4-5%, depending on who you ask. Supply chains had just enough time to fall apart before having to ramp up to meet e-commerce and vaccine distribution demands (at the same time, of course).

Not that 2021 hasn’t come with its share of excitement. Nearly halfway into the year, shippers are still dealing with the fallout from a week-long obstruction in the Suez Canal while imports continue to pile up on both coasts.

In honor of World Trade Month, which wrapped up in May, we put together 31 facts about world trade last year. Here are a few things that happened to imports and exports once COVID-19 sank its claws into the world:

There was a lot of not-so-great news for shippers last year, but things are starting to look up. The economy is roaring back to life, aided by increasing availability of vaccines. Americans are returning to work. Demand for consumer goods hasn’t gone anywhere. We hope that it translates into a great year for importers and exporters.

Would you like to learn more about the state of global trade? Watch my free webinar, International Trade Snapshot: Past, Present and Future. I take a detailed look at how lockdowns, trade wars, economic upheaval, backlogs at ports and changes in demand affected trade in the last year and when we can expect to see a full recovery.