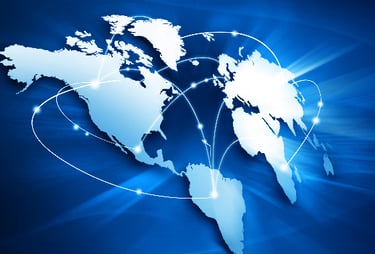 In my previous article on political risk, I explained that emerging markets present a greater likelihood of peril due to political and economic instability, the latter often caused by political decisions. Still, many emerging markets offer significant opportunities and deserve serious consideration.

Throughout my career I have been asked by many decision-makers, “which markets are the best for my company?” The answer depends on the company’s product(s) or service(s), management’s degree of commitment to international expansion (budget, long-term vs. short-term planning, staff dedicated to exporting), and the company’s tolerance for risk. This last point is particularly salient regarding emerging markets.

When a company determines it is ready, willing and able to pursue emerging markets, a practical strategy is to take advantage of the free trade agreements (FTAs) between the U.S. and other countries. FTAs allow for the free flow of goods and services and eliminate most tariffs. The U.S. has 14 FTAs in force with 20 countries, four of which are considered emerging markets: Mexico (part of the U.S.-Mexico-Canada Agreement), South Korea, Colombia and Peru.

See also, Exporting to Mexico: What You Need to Know.

Many companies do not think of South Korea as an emerging market, yet it is on many such lists. The country of 51 million people offers many opportunities for American companies in the following sectors, according to the CCG: aerospace; agriculture; air pollution control; construction services; cosmetics; defense industry equipment; education services; energy (new and renewable); entertainment and media; information and communications technology; manufacturing technology; medical equipment and devices; specialty chemicals; and travel and tourism.

With nearly 51 million people, Colombia is the second largest country in South America by population. Many protests against the government occurred this year and some were violent. However, when viewed in a broad, historical context, the country is now significantly more stable and less violent than in the past. Top export markets, according to the CCG, are: defense; education; electric power and renewable energy systems; information and communications technology; infrastructure; medical equipment; processed foods and beverages; and oil and gas exploration and production equipment.

A nation of 33 million people, Peru often escapes the attention of many companies, especially small- and medium-sized firms. Students of history may remember Sendero Luminoso (Shining Path), a Communist insurgency that sowed violence throughout the country for decades. Shining Path is now much weaker; however, the country has endured several political crises over the last few years. Fortunately, the violence has subsided to a great extent and Peru can boast that it enjoys one of the fastest-growing economies in Latin America. According to the CCG, the leading industry sectors for exports are: agriculture; food processing equipment; infrastructure; medical devices; mining equipment and machinery; safety and security; and textiles and apparel.

These emerging markets present compelling opportunities to many U.S. companies in a wide variety of industries. (If your company’s industry sector is not in the lists of leading export sectors, do not despair; there might still be excellent opportunities.) However, like all markets, they contain unique challenges and barriers (culture, legal system, banking system, regulatory environment, channels of distribution, documentation, and now we can add pandemics and supply chain disruptions) that must be addressed and thoroughly analyzed for companies to succeed.