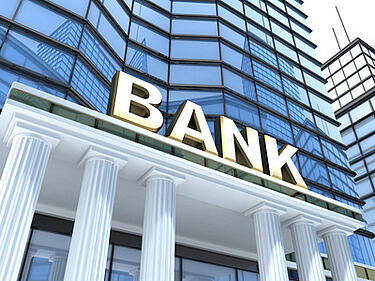 This is the seventh part in my series of articles on assessing risk in international trade.

In the last two article of this series, I concentrated on the issue of country competitiveness and fairness of trade. In this article I will discuss the role banks play in international trade and the potential risks you should be aware of.

The Role of Banks in International Trade

There is no doubt that banks play a vital role in society. Throughout the ages financing business activities has always been crucial for generating economic activity. Modern day banking is largely attributed as being Italian in origin, dating back to the Renaissance period in particular.

Italy was wealthy at the time, with powerful merchant city-states such as Firenze, Siena, Venezia and Genova controlling much of the commerce in Europe. It has been claimed by some writers that Italy was virtually the monopoly banker of Europe for about 600 years. It was not until nations north of the Alps managed to grow food that the seat of finance moved northwards towards Austria and Germany. We need to remember that in those days economies were based on agriculture; the industrial revolution took place much later.

The significance of Italy in today's commercial environment can be witnessed, for example, in the use of the bill of exchange—one of the four traditional methods of payment still used in modern day international trade.

Early commerce relied on private investment, or risk taking, by wealthy individuals. They lent money they had and expected a return. If things went according to plan, they realized a handsome ROI (return on investment), otherwise they may have lost all of their capital.

Such was the case when a wealthy family loaned money to a foreign royal as part of a war chest. If the borrower lost the war, they also lost all of their assets, meaning they were unable to repay the principal back to the lender. Of course, in those days, it wasn't unusual for the borrower to die in conflict.

It was not until public banking was established that new principles were established. In the Western world these principles particularly related to the charging of interest and the associated notion of usury—that is, applying an inappropriate lending rate. As it is not my intention to provide a detailed historical account of the development of trade finance, I will stop here with history, but as someone once told me: "History is everything," so I consider this little background useful.

I have already written several articles on different methods of payment, as have several other colleagues, so the material here does not seek to duplicate that information. Instead I want to take a different perspective on banking.

Banks around the world are the lifeblood of business finance; we may complain about them, but as entrepreneurs we need them to provide liquidity. The problem has been that some banks do not appear to play by the rules, particularly in the last decade. These banks have taken excessive risks resulting in failures that have wide ramifications. The recent global financial crisis provides one good example of such events.

In international trade, banks are relied upon for several purposes, such as:

The provision of specific products that may assist a trader in minimizing their exchange-risk exposure.

This is highly relevant when payment is by letter of credit (LC) where banks decide on the basis of documentary data alone whether payment should be effected or not. Discounting of proceeds (advancing payments on future receivables) may be another example of trade facilitation.

The availability of cash to ensure the viability of the firm. These loans may be short or long term, of a structural nature (investment in capital equipment, etc.), or to provide some cash flows, as examples.

This article focuses on the second point, trade facilitation, particularly as it relates to payment for foreign sales and purchases.

When assessing and managing bank risk, country risk and bank risk are essentially inseparable. A country's risk profile is largely influenced by the health, or otherwise, of its financial system. Since banks reflect the financial position of an economy, it not difficult to imagine the natural alignment between these two elements.

The risks we need to be concerned about when assessing a foreign bank may be summarized as follows:

How Reputable Is the Bank?

In answering this question we may rely on a number of information sources, such as the The Organization for Economic Co-operation and Development's Country Risk Classification, the World Bank's Doing Business, Transparency International's Corruption by Country Chart, investment services such as Moody's and Standard and Poor's, and other publicly available information to gain a broad picture about a specific bank or the banking industry in a particular nation we may know little about or have zero or limited transaction experience.

Are They Known to Your Bank?

International transactions are typically conducted through a series of correspondent arrangements, and banks have many links across different nations. Make no mistake about it, if banks are good at nothing else they are good at managing risk—this is their core business. If a bank has been suggested in negotiations, proceed cautiously if it is unknown or if no favorable reports can be obtained from your local sources.

Do You Need to Mitigate Your Risk?

A bank may be quite good, but the nation in which it operates may not be. Again this is the common link between bank risk and country risk. Banks are subject to national laws and regulations. This means they are also subject to political forces since laws and regulations are created by politicians. I will not discuss the merits or otherwise of political forces as this is beyond the scope of the article.

If we consider this issue in relation to payment settlement method via export LC, then options may be to have the LC openly confirmed with a local bank (presumably your bank), or have it confirmed in a country other than the importing nation. The reason behind this suggestion is simply that if the nation where the bank offering the payment is questionable, it does not matter which bank you use. It is the nation that is the problem, not the operator within it. If a negative response is received on confirmation, proceed very cautiously or ask for more secure payment options (prepayment).

Consider an exporter in a delicate situation with a sensitive customer who may be easily offended by being asked to provide a confirmed LC. They may think this request means the exporter does not trust them. If the exporter is afraid that their request my cause them to lose the sale, they may decide to take a chance on the LC and go ahead with the transaction.

There is a better solution than risk losing payment. The exporter may instead make the LC subject to a silent confirmation. This is an arrangement whereby the LC is confirmed privately between an exporter and a bank (usually the exporter's bank, but it may be any bank) and nobody else need know about this.

This option saves face for the importer and the exporter, but still provides financial comfort to the exporter. Of course, if the request for silent confirmation is denied, the same advice as for ordinary confirmation applies: find an alternative payment solution.

For importers it is also important to make sure they are comfortable with the bank the exporter uses for LC transactions, especially if the payment arrangements are immediately on presentation of the documents in the exporting nation, and the exporter's bank has been given authority to pay against acceptable documents.

I am not suggesting banks deliberately do anything untoward, but problems have been known to happen before. The importer needs to ensure they are dealing with a reputable bank; otherwise payment may occur against sub-standard or non-existent goods.

How do importers satisfy themselves that a foreign bank is an acceptable risk? Confirmation is not an option as the importer knows the LC is sound; therefore, they need to evaluate the reputation of the bank.

In summary, assessing bank and bank risk should be part of the process when engaging in new business and also part of the ongoing review of transactions that should occur in an organization. As the world of commerce changes in response to economic events, natural disasters and human decisions, so too does the risk associated with such transactions.

The message is simple, yet often ignored: Do your research and be prepared. When it comes to money, there is no room for emotion or complacency.

In my next article I discuss Chambers of Commerce and Trade Consulates.

This article was first published in February 2014 and has been updated to include current information, links and formatting.