Methods of Payment in International Trade: Letters of Credit 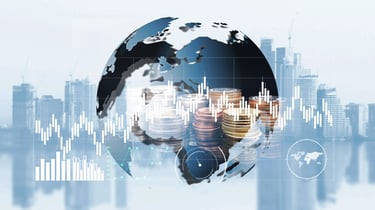 One of the most important international trade considerations is how you are going to get paid for your exports. While relying on cash up front may eliminate the risk of non-payment, it limits your universe of potential customers since it can cause cash flow and other problems for the buyers.

The Advantages of a Letter of Credit

Letters of credit (LCs) are one of the most versatile and secure instruments available to international traders. An LC is a commitment by a bank on behalf of the importer (foreign buyer) that payment will be made to the beneficiary (exporter) provided that the terms and conditions stated in the LC have been met, as evidenced by the presentation of specified documents.

Since LCs are credit instruments, the importer's credit with their bank is used to obtain an LC. The importer pays the bank a fee to render this service.

An LC is useful when reliable credit information about a foreign buyer is difficult to obtain or if the foreign buyer's credit is unacceptable, but the exporter is satisfied with the creditworthiness of the importer's bank.

This method also protects the importer since the documents required to trigger payment provide evidence that goods have been shipped as agreed. However, because LCs have opportunities for discrepancies, which may negate payment to the exporter, documents should be prepared by trained professionals.

Discrepant documents, literally not having an "i dotted and t crossed," may negate the bank's payment obligation. That's why many export companies utilize export documentation and compliance software to ensure their export paperwork is accurate and complete.

Understanding a Letter of Credit

An LC, also referred to as a documentary credit, is a contractual agreement whereby the issuing bank (importer's bank), acting on behalf of the customer (the importer or buyer), promises to make payment to the beneficiary or exporter against the receipt of complying stipulated documents. The issuing bank will typically use intermediary banks to facilitate the transaction and make payment to the exporter.

The bank's obligation to pay is solely conditioned upon the seller's compliance with the terms and conditions of the LC. In LC transactions, banks deal in documents only, not goods.

LCs can be arranged easily for one-time transactions between the exporter and importer or used for an ongoing series of transactions.

Unless the conditions of the LC state otherwise, it is always irrevocable, which means the document may not be changed or cancelled unless the importer, banks and exporter agree.

A greater degree of protection is afforded to the exporter when an LC issued by a foreign bank (the importer's issuing bank) is confirmed by a U.S. bank.

Exporters should consider getting confirmed LCs if they are concerned about the credit standing of the foreign bank or when they are operating in a high-risk market where political upheaval, economic collapse, devaluation, or exchange controls could put the payment at risk. Exporters should also consider getting confirmed LCs when importers are asking for extended payment terms.

The Letter of Credit Process

There are typically seven steps that occur in order to get paid using a letter of credit:

Letters of credit can take many forms. When an LC is made transferable, the payment obligation under the original LC can be transferred to one or more second beneficiaries. With a revolving LC, the issuing bank restores the credit to its original amount each time it is drawn down.

A standby LC is not intended to serve as the means of payment for goods but can be drawn in the even of a contractual default, including the failure of an importer to pay invoices when due. Similarly, standby LCs are often posted by exporters in favor of an importer because they can serve as bid bonds, performance bonds, and advance payment guarantees. In addition, standby LCs are often used as counter guarantees against the provision of down payments and progress payments on the part of foreign buyers.

Before you start using letters of credit for your exports, here are some final suggestions to help you get started:

This article is taken in large part from the Trade Finance Guide: A Quick Reference for U.S. Exporters, which you can download for free by clicking the link below.