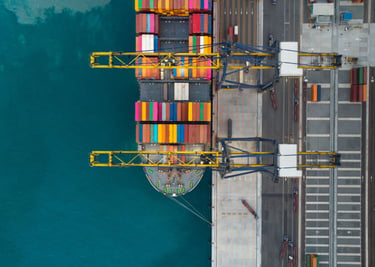 Why License Exception CIV Is Being Eliminated

Until now, license exception CIV enabled U.S. companies to claim exemption from license requirements when exporting to countries that appear on the Commerce Country Chart columns for National Security (NS) Reasons for Control if their intended end-users were civilians as opposed to military-related entities. BIS officials are now concerned that such exports to civilian entities could be diverted to military-related end-use or end-users in China, Russia and Venezuela.

"It is important to consider the ramifications of doing business with countries that have histories of diverting goods purchased from U.S. companies for military applications," said Department of Commerce Secretary Wilbur Ross. "Certain entities in China, Russia and Venezuela have sought to circumvent America’s export controls and undermine American interests in general, and so we will remain vigilant to ensure U.S. technology does not get into the wrong hands."

BIS is also expanding controls on exports to China to encompass not only military end-use, but also military end-users. This will increase the onus on U.S. exporters to perform detailed background review of their intended consignees given China’s increasing civil and military integration.

In addition, BIS is expanding the list of Export Commodity Control Numbers (ECCNs ) that are subject to military end-use or end-user related license requirement and review policy. These new goods, outlined in Supplement 2 to Part 744, includes items such as semiconductor equipment, sensors, and other technologies.

The new rule requires exporters to China, Russia and Venezuela to file Electronic Export Information (EEI) through the Automated Export System (AES) for all items on the Commerce Control List (CCL). These filings must include the ECCNs of the items of the shipment. This applies to all exports except for intangible exports and shipments eligible for License Exception GOV (Governments and International Organizations).

The rule also expands EEI filing requirements by removing two exemptions when the destination is China, Russia or Venezuela:

On June 25, BIS announced it was delaying implementation of this EEI filing requirement for items not listed in Supplement 2 until September 27, 2020

These changes mean that many companies that previously did not concern themselves with classifying their items by ECCN will potentially now have a greater export compliance burden and need to document such classifications as part of their export compliance program.

Finally, BIS is also proposing to modify the provisions of license exception APR in order to limit the reexport of NS-controlled items to countries of National Security concern. This proposed changed has not been finalized yet.

This article was first published on July 15, 2020, and has been updated to include updated information about the rule change.