When Should You Refuse to Complete the NAFTA Certificate of Origin? 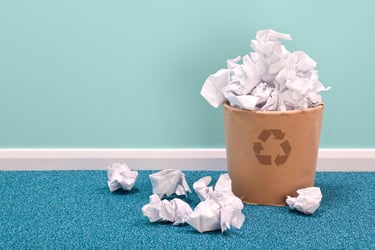 At some point the North American Free Trade Agreement (NAFTA) might be replaced by the United States-Mexico-Canada Agreement (USMCA), although at this point we don't know if and when that will happen.

As of now, however, NAFTA is still the free trade agreement in force between the three countries. You should continue to do everything your company is currently doing to take advantage of duty-free trade under NAFTA.

But the decision to participate in NAFTA is not always a slam dunk. Because of its complexity and specificity, NAFTA can become more burdensome than it is useful for those tasked with computing whether or not their goods are eligible for preferential duty rates.

Here are five situations when issuing a NAFTA Certificate of Origin can cost you money, cause you headaches, and put you at risk for penalties:

1. Your Products Are Already Duty-Free

Depending on what you’re exporting, the product may already be duty free. Why take the time and incur the expense of completing the certificate if you don’t have to? To determine the duty status of items, you must know the harmonized code for your product and reference it with Canadian and Mexican tariffs.

With that information, you’ll be able to identify which, if any, of your goods are subject to duties and decide if participating in NAFTA makes financial sense. If your exported goods are duty free, you may realize that the expense and effort of issuing a NAFTA country of origin certificate doesn’t offer any benefit, and you can skip the process completely.

2. You Can’t Verify Your Products Qualify

Completing and signing the Certificate of Origin is more than filling out a document. Don’t take the obligation lightly, and be certain that whomever certifies the document is both knowledgeable of the export and takes responsibility for it.

What’s the risk? Customs authorities will question certification by employees who are neither knowledgeable nor authorized to represent the exporter. The person signing the certificate risks both civil and criminal penalties for any misclassifications or errors.

A product that’s made in the United States doesn’t automatically qualify for NAFTA. In order to qualify, the product must comply with NAFTA Rules of Origin, which distinguish between “origin of goods” versus “originating in a North American country.”

Goods containing non-regional materials are also considered to be North American if those materials are sufficiently transformed in the NAFTA region—that is, they have been used by North American workers or changed in North America enough to qualify. There are very specific qualifications to reach this classification.

Using our previous example, consider a bicycle with parts made in a non-regional country. The bicycle may qualify for NAFTA under the rules of origin if the parts of the bicycle have been transformed sufficiently.

If you claim your goods qualify, you must be able to clearly and precisely prove the parts’ origin using the specific percentages of items that come from the NAFTA region. If you can’t, your goods will not qualify, and you may face penalties.

4. Certification Isn’t Worth the Effort

Sometimes, the costs of administration and maintenance of a NAFTA program and the training it requires make it too expensive and burdensome. Exporters and producers aren’t legally obligated to participate, and for some, the risk of non-compliance outweighs avoiding unnecessary duty payments.

Finally, some companies choose to opt out for another good reason: their products just don’t qualify under the NAFTA. And they definitely shouldn’t participate in to the program to begin with. Simple as that!

This article was first published in May 2014 and has been updated to include current information, links and formatting.