Exporting to Canada: What You Need to Know 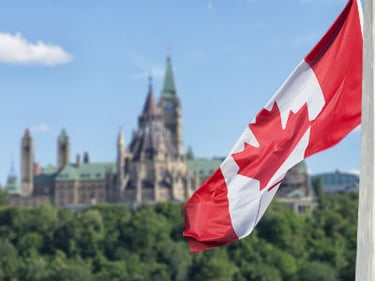 As our neighbor to the North, Canada is often the first place many U.S. exporters look to share their goods. And for good reason! A shared language, shared culture, and excellent economic relationship with Canada makes doing business there appealing to new and established exporters.

In this article, I’ll look at the history of U.S. trade with Canada; how NAFTA and now the USMCA has altered trade with Canada; the process of exporting to Canada, including documentation and compliance requirements; and the benefits and considerations for U.S. companies looking to break into the Canadian market.

The USMCA and Exporting To Canada

On July 1, 2020, NAFTA was replaced by the United States-Mexico-Canada Agreement (USMCA). This means that companies that utilized the benefits of NAFTA when exporting to Canada must review their products to make sure they qualify under the terms of USMCA; while many products don’t have significant changes, certain key industries in Canada, like agriculture, do have significant changes.

Here are some of the highlights:

Under USMCA, importers are now the party to make the claim to the appropriate customs authority for preferential duty rates under the agreement based on certification that the goods qualify from the producer, exporter or importer. Under NAFTA, the exporter made those claims.

While there is no longer an official certificate of origin form, whichever party is certifying that the goods meet the rules of origin must provide, at minimum, certain data elements as outlined in the agreement to support the claim. That information can be provided on the invoice or on a separate attached document—a certification of origin. That document can be a hard copy or digital.

Facts and Figures on Trade and Exporting to Canada

Since World War II, the growth of Canadian manufacturing, mining and service sectors “has transformed the nation from a largely rural economy into one primarily industrial and urban.” (CIA World Factbook) As of 2017, Canada was ranked 17th in the world as measured by a Purchasing Power Parity (PPP) basis that adjusts for price differences.

The 1989 Canada-U.S. Free Trade Agreement and the 1994 North American Free Trade Agreement dramatically increased trade and economic integration between the U.S. and Canada. The two countries have “the world’s most comprehensive and highly balanced bilateral trade and investment relationship,” according to the CIA World Factbook.

So what does the Canadian trade relationship with the U.S. look like today? Between the U.S. and Canada in 2017, there was goods and services trade totaling more than $680 billion and two-way investment stocks of nearly $800 billion.

More than 75% of Canada’s exports go to the U.S. each year, and Canada is the United State's largest foreign supplier of energy (including oil, natural gas, and electric power, and a top source of U.S. uranium imports).

According to the Office of the U.S. Trade Representative, the top U.S. export categories to Canada in 2018 according to two-digit HS numbers were:

Canada is the number one export destination for U.S. farm and food products. In 2019, the U.S. was the top supplier of agricultural products to Canada, with a 58% share of the country’s agricultural import market. More than 75% of U.S. exports were high-value, consumer-oriented products, including prepared foods, fresh vegetables and fruits, snack foods, and non-alcoholic beverages.

Exporting to Canada: The Challenges

Fortunately for exporters interested in exporting to Canada, there are few trade barriers to overcome. According to the International Trade Administration (ITA), challenges include:

Rules and Regulations in Canada

As previously mentioned, deciphering Canadian rules and regulations for exporting can be frustrating in the least and, at worst, cause issues that force an exporter to stop trade to the country completely.

There are ways to combat these issues when exporting to Canada:

Exporting to Canada: The Opportunities

The potential rewards to exporting to Canada likely far outweigh any challenges exporters may face. Exporters should identify and cultivate opportunities while building a strategy to minimize the risks.

The positive impacts of the USMCA mean that Canada may be a better option for exporting than other countries. The USMCA improves market access for U.S. companies in several important ways, specifically through intellectual property rights, digital trade, labor obligations, environmental obligations, and automotive manufacturing.

Canada’s most promising sectors include the following:

The best thing about exploring the opportunities to export to Canada is knowing you don’t need to go it alone. You can rely on assistance from your in-country allies, including the U.S. Commercial Service office, trade missions, and chambers of commerce.

DECs across the country can help exporters by supporting trade and services that strengthen individual companies, stimulate U.S. economic growth, and create jobs. DEC members also serve as mentors to new exporters and can provide advice to smaller companies.

The ITA is an excellent resource to help you combat problems. Staff at the ITA are resident experts in advocating for U.S. businesses of all sizes, customizing their services to help solve your trade dilemmas as efficiently as possible. If you find yourself caught in an unfair international trade situation, the ITA is a valuable resource that can expeditiously help you understand and solve your problems. The ITA makes it easy to report a problem, allowing you to submit your report online.

Chambers of commerce may be a way to help you when exporting to Canada. You can learn more about various chambers in our article, The Chamber of Commerce Role in Exporting.

Other documents you need to export to Canada will vary depending on your products, but they include:

It’s important to understand the regulations covering exports to Canada. You must be concerned with complying with export regulations no matter where you ship, but, fortunately, understanding regulations is easier to do than, say, if you were exporting to China.

However, this doesn’t mean you can take export compliance lightly. You need to understand what is required of you and what you risk if you don’t do your job in complying with those regulations.

There are several reasons the U.S. government prevents certain exports to Canada without an export license. Companies must use the ECCN codes and reasons for control described above to determine whether or not there are any restrictions for exporting their products to specific countries. Once they know why their products are controlled, exporters should refer to the Commerce Country Chart in the EAR to determine if a license is required.

Although a relatively small percentage of all U.S. exports and reexports require a BIS license, virtually all exports and many reexports to embargoed destinations and countries designated as supporting terrorist activities require a license. These countries are Cuba, Iran, North Korea, Sudan and Syria. Part 746 of the EAR describes embargoed destinations and refers to certain additional controls imposed by the Office of Foreign Assets Control (OFAC) of the Treasury Department.

The Shipping Solutions Professional export documentation and compliance software includes an Export Compliance Module that will use the ECCN code for your product(s) and the destination country and tell you if an export license is required. If indicated, you must apply to BIS for an export license through the online Simplified Network Application Process Redesign (SNAP-R) before you can export their products.

There are export license exceptions, like low-value or temporary exports, that allow you to export or reexport, under stated conditions, items subject to the Export Administration Regulations (EAR) that would otherwise require a license. These license exceptions cover items that fall under the jurisdiction of the Department of Commerce and not items that are controlled by the State Department or some other agency.

Surprise! You May Be an Exporter without Even Knowing It! A sometimes overlooked compliance issue for exporting to Canada is deemed exports, or exporting without shipping a product. A deemed export occurs when technology or source code (except encryption and object source code, which is separately addressed in the EAR under 734.2(b)(9)), is released to a foreign national within the United States.

Sharing technology, reviewing blueprints, tours of facilities, and other disclosures of information are considered potential exports under the deemed export rule and should be handled accordingly. You can learn about how to apply this principle here.

When exporting to Canada, it’s imperative you check every single restricted party list every time you export.

If you’re an exporter who is considering exporting to Canada, consider this: Shipping Solutions export documentation software can help you quickly create the necessary documents and stay compliant with export regulations. Click here to register for a free online demo of the software.

This article was first published in October 2017 and has been updated to include current information, links and formatting. It is one in a series of articles exploring exporting to specific countries across the globe, including China, India, Japan, Mexico and the United Kingdom.