Exporting to the UK: What You Need to Know 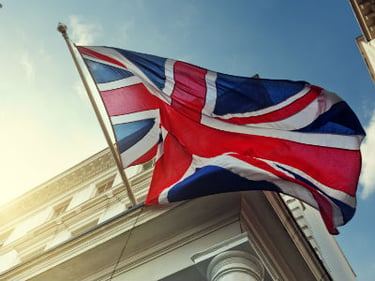 Despite its rocky start some 250 years ago, the United States’ trade history with the United Kingdom (U.K.) has blossomed into a mutually beneficial relationship—some 40,000 U.S. companies now export to the U.K. each year.

Thanks to a common language, low trade barrier, and the U.K.’s business-friendly environment, exporting to England, Scotland, Wales and Northern Ireland—the countries that make up the U.K.— should continue to grow.

Keep reading to get a look at the recent history of U.S. trade with the U.K.; the process of exporting to the U.K., including documentation and compliance requirements; and the benefits and considerations for U.S. companies looking to break into the United Kingdom market.

Trade and Exporting to the United Kingdom: A Brief Background

As the region with the third-largest economy in Europe (trailing Germany and France), the U.K. has faced a slowing economy since Brexit—its decision to leave the European Union in 2016. The current prime minister, according to the CIA's World Factbook, is “seeking a new ‘deep and special’ trade relationship with the EU following the UK’s exit. However, economists doubt that the UK will be able to preserve the benefits of EU membership without the obligations.”

The United Kingdom (estimated 2017 GDP of $2.88 trillion) has the fifth-largest economy in the world according to the CIA’s World Factbook, the second-largest economy in the European Union, and is a major international trading power. In 2016 the United Kingdom imported $625 billion in goods and services, making it the fourth largest importer in the world.

Data from the U.S. Commercial Service’s 2017 U.K. Country Commercial Guide shows that the highly developed, sophisticated, and diversified U.K. market is the largest in the world for U.S. service exports. With few trade barriers, the United Kingdom serves as the entry market into the European Union for more than 43,000 U.S. exporters. U.S. exports to the U.K. of goods and services combined were estimated to be worth about $121 billion in 2016.

Exporting to the United Kingdom: The Challenges

U.S. exporters must be aware of certain barriers when exporting to the U.K. But with careful planning and assistance from agencies like the U.S. Commercial Service, exporters of all sizes can absolutely be successful. According to the U.K. Country Commercial Guide, challenges include:

Exporting to the United Kingdom: The Opportunities

The potential rewards of exporting to the U.K. outweigh any challenges exporters may face in many situations. Exporters should identify and cultivate business opportunities while building a strategy to minimize the risks. Opportunities include:

The best thing about exploring export-import U.K. opportunities is knowing you don’t need to go it alone. If you’re an exporter interested in exporting to the U.K. for the first time, or you currently export to U.K. but are facing challenges, you can get help from in-country allies, including the U.S. Commercial Service offices, trade missions, and chambers of commerce.

DECs across the U.S. help exporters by supporting trade and services that strengthen individual companies, stimulate U.S. economic growth, and create jobs. DEC members also serve as mentors to new exporters and provide advice to small companies interested in exporting to the U.K.

Sponsored by state and local trade offices as well as commercial service offices, trade missions are a great way to meet new business contacts and network.

The ITA is an excellent resource to help you combat trade problems. ITA staff members are experts in advocating for U.S. businesses of all sizes. They customize their services to help solve trade dilemmas as efficiently as possible. The ITA makes it easy to report a trade barrier, even allowing you submit your report online.

Chambers of commerce may be resource when exporting to the U.K. You can learn more about various chambers and how they can help smooth the way for your export activities in our article, The Chamber of Commerce Role in Exporting.

Creating accurate export documents and paying attention to proper export procedures are just as critical when exporting to the U.K. as anywhere else in the world. An import license is not needed to import the majority of industrial goods into the U.K. or EU, however, some industrial goods require import licenses issued by the Import Licensing Branch (ILB) as a result of controls imposed at national, EU and United Nations levels.

Documents you need to export to U.K. (and the European Union) from the U.S. will vary depending on your products, but may include:

Looking for an accurate template for these forms?
Download these and dozens of other export forms for free.

It’s important to understand the regulations covering exports to the U.K. You must be concerned with complying with export regulations no matter where you ship, but, fortunately, understanding regulations is easier to do than, say, if you were exporting to China.

This doesn’t mean you can take export compliance lightly. You need to understand what is required of you and what you risk if you don’t do your job in complying with those regulations.

The first step in ensuring export compliance is determining who has jurisdiction over your goods. Is it the U.S. Department of Commerce under the Export Administration Regulations (EAR) or the State Department's Directorate of Defense Trade Controls (DDTC)?

By classifying your product correctly, you’ll be protecting yourself from severe fines, penalties and even jail time.

Next, companies must use the ECCN codes and reasons for control described above to determine whether or not there are any restrictions for exporting their products to specific countries. Once they know why their products are controlled, exporters should refer to the Commerce Country Chart in the EAR to determine if a license is required.

Download the free white paper:
How to Determine If You Need an Export License

Although a relatively small percentage of all U.S. exports and reexports require a BIS license, virtually all exports and many reexports to embargoed destinations and countries designated as supporting terrorist activities require a license. Countries fitting that bill are Cuba, Iran, North Korea, Sudan and Syria. Part 746 of the EAR describes embargoed destinations and refers to certain additional controls imposed by the Office of Foreign Assets Control (OFAC) of the Treasury Department.

The Shipping Solutions Professional export documentation and compliance software includes an Export Compliance Module that uses the ECCN code for your product(s) and the destination country to tell you if an export license is required. If indicated, you must apply to BIS for an export license through the online Simplified Network Application Process Redesign (SNAP-R) before you can export your products.

There are export license exceptions, like low-value or temporary exports, that allow you to export or reexport, under stated conditions, items subject to the Export Administration Regulations (EAR) that would otherwise require a license. These license exceptions cover items that fall under the jurisdiction of the Department of Commerce, not items controlled by the State Department or some other agency.

Surprise! You may be an exporter without even knowing it! Deemed exports, or the disclosure of information or services rather than an actual product, is an important issue to pay attention to when exporting. A deemed export occurs when technology or source code (except encryption and object source code, which is separately addressed in the EAR under 734.2(b)(9)), is released to a foreign national within the United States.

Sharing technology, reviewing blueprints, conducting tours of facilities, and other information disclosures are considered potential exports under the deemed export rule and should be handled accordingly. You can learn how to apply this principle here.

There are several reasons why a person or company may be added to a restricted party list. For example, they may be a terrorist organization or affiliated with such an organization; they may have a history of corrupt business practices; or they may otherwise pose a threat to national security.

When exporting to the U.K., it’s imperative you check every restricted party list every time you export. If not, you could face the following penalties:

If you’re considering exporting to the U.K., Shipping Solutions export documentation software can help you quickly create the necessary documents and stay compliant with export regulations. Download a free trial version of the Shipping Solutions software to see how it can revolutionize the way you’re currently creating your export paperwork.

This is the sixth article in our series investigating exporting to various countries across the globe—we previously featured exporting to China, Canada, Japan, Mexico, and India.