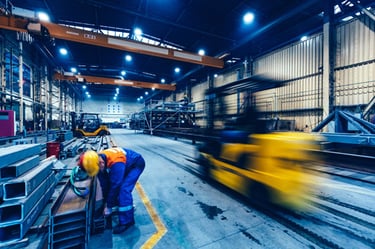 The Rapid Response Labor Mechanism is an instrument created to investigate factories that may be violating their home country’s labor laws, specifically the right to organize and form a union. Unlike previous agreements, in which countries addressed labor policy on a macro level, this mechanism will be triggered by individual complaints against individual plants.

If that sounds unusual, that’s because it is.

"This feature is new and unique to the USMCA," Olga Torres of Torres Law, PLLC explains. "Unlike in previous agreements, private individuals can bring a claim against an entity or a factory."

Labor unions, non-governmental organizations, affected workers, or other interested parties can seek redress, in the form of tariff treatment, if they believe a facility is not following the law.

The process begins when the Interagency Labor Committee for Monitoring and Enforcement, an agency created by the USMCA, receives a claim that a facility is violating its workers right to organize. A group consisting of the U.S. Trade Representative, the Secretary of Labor, and other representatives chosen by the President of the United States review the claim and determine whether there is a good faith reason to believe the assertions in the petition.

A facility that could be subject to a Rapid Response Labor Mechanism claim (referred to as a covered facility in USMCA language) is defined as either 1) producing goods or supplying a service traded between countries, or 2) producing a good or supplying a service that competes with the other party’s goods or services in the other party’s domestic market. In other words, a facility that either exports or competes with an importer.

The country being petitioned against may conduct its own investigation. However, once that process is exhausted, the Rapid Response Labor Mechanism kicks into gear and it's time to call in a dispute settlement panel. The USMCA Secretariat chooses three people from lists drawn up by each country to form a Rapid Response Panel.

From there, the Panel’s job is to review the evidence and determine whether workers were, in fact, denied their right to organize. This may include an onsite visit to the facility in question and hearing arguments from both parties involved.

If the panel determines that a Denial of Rights has occurred, the complaining country may impose remedies. What that looks like will depend on the individual case, but it can range from suspending preferential tariff treatment for goods produced at the offending facility, to imposing penalties on imports from that facility, to denying entry for those goods.

"The USMCA named specific priority sectors, including autos, cosmetics, aerospace and plastics, but left agriculture out," Torres tells me. The list of priority sectors could also expand, according to Torres.

"The list is permanent, but not all inclusive. They probably won’t take sectors out, but they could add more in the future."

It’s worth noting that most of the complaints will be aimed at Mexico.

Technically, the Rapid Response Labor Mechanism extends to the rest of North America, but with limits. Mexico can only petition the Interagency Labor Committee about U.S. facilities that aren’t covered by a National Labor Relations Board enforced order (less than 50 businesses per year, typically).

This may seem overwhelming, but Torres says there are steps you can take to make sure you don’t get a surprise bill in the mail: "If I’m a United States importer buying from Mexico and I qualify for duty free treatment, my Mexican customer could still be in trouble with labor laws, and I could get a bill from Customs.

"From an American importer standpoint, you probably won’t be familiar with Mexican labor law and will want to make sure you don’t have to pay duties. So make sure to do a risk assessment, especially if you import from a small company, and particularly if they are in a priority sector. Your vendor should get an audit and have proof of that audit to make sure that they are following the rules."