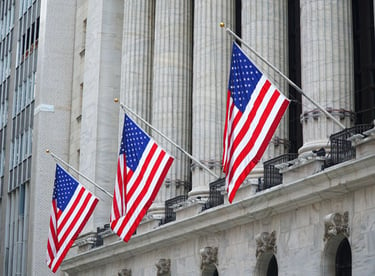 Those of us who’ve worked in exporting for a while are aware that government regulations on exports are primarily administered by either the Commerce Department’s Bureau of Industry and Security (BIS) via the Export Administration Regulations (EAR) or the State Department’s Directorate of Defense Trade Control (DDTC) via the International Traffic in Arms Regulations (ITAR).

In addition, the U.S. Census Bureau, also part of the Commerce Department, administers the Foreign Trade Regulations (FTR), which require the reporting of electronic export information through the Automated Export System (AES). (You can learn more about the three primary sets of export regulations by reading: The Three R’s of Export Compliance: FTR, EAR and ITAR.)

That was my take on things. For a while. But I talk to more and more people whose exports (and imports) are controlled by other U.S. agencies.

For example, a pharmaceuticals distributor who requires a certificate of free sale from the Food and Drug Administration (FDA); an agricultural supplier that must report information regarding their imports electronically to the Automated Commercial Environment (ACE) in order comply with U.S. Department of Agriculture (USDA) regulations; a specialty chemicals supplier who must be concerned with the Department of Transportation (DOT) regulations governing shipment of hazardous materials and dangerous goods; or the mysterious yet seemingly ever-present “eDec” requirement certain exporters must fulfill for the U.S. Fish and Wildlife Service (USFWS).

The fact that these other agencies and their regulations are less commonly known doesn’t make them any less important to understand, especially if your export shipments fall under their jurisdiction. Here are some of these lesser-known agencies and their role in exporting.

The Office of Foreign Assets Control (OFAC) is a sub-agency within the U.S. Treasury Department that administers and enforces economic and trade sanctions in support of U.S. foreign policy and national security objectives. To support that objective, OFAC publishes a number of Specially Designated Nationals (SDN) and other lists of individuals and companies that are targeted by these sanctions. OFAC has blocked the assets of these individuals and organizations, and U.S. companies and individuals are generally prohibited from doing business with them.

If you plan on exporting to sanctioned countries like Cuba, Iran, North Korea, Syria, Ukraine, Russia or Venezuela, make sure to familiarize yourself with the OFAC regulations and become confident in your understanding of them.

Department of Health and Human Services—Food and Drug Administration

The Food and Drug Administration (FDA) plays a role in controlling exports of food products, cosmetics and pharmaceuticals. The FDA website lays out their policies as originally outlined in the Federal Food, Drug, and Cosmetic (FD&C) Act.

U.S. companies often need a certificate of free sale when exporting pharmaceuticals and sometimes food products. If that requirement exists for your exports, your international buyer can advise if you need to get the certificate from the FDA. Otherwise ,an organization like a chamber of commerce can usually issue the certificate faster.

A certificate of free sale indicates a particular product can be sold in the United States or is eligible for export, and that the particular manufacturer has no unresolved enforcement actions pending before or taken by the FDA. It is often used when exporting to countries whose regulatory agencies are not as well-developed as the United States’ FDA. The purpose is essentially to state, “These items are okay to sell in the U.S., so they are okay to sell in this other country as well.”

Shipping Solutions’ electronic certificate of origin (eCO) portal allows your company to get a certificate of free sale stamped by the American World Trade Chamber of Commerce with a very short turnaround and without paying courier fees to transport a physical document back and forth between a local chamber.

The U.S. Department of Agriculture (USDA) plays a role in controlling exports of plants, animals, grains, meat and poultry products. The USDA’s Animal and Plant Health Inspection Service (APHIS) exists in order to prevent agricultural products in the U.S. and abroad from being harmed by pests and diseases. APHIS also controls the import into the U.S. of genetically engineered organisms.

If you are exporting goods that fall into those categories, you should make sure to check the USDA website’s list of exporting regulations to find out whether or not you need to apply for an export license or permit to ship those goods, and if so, the process for applying for the appropriate authorization.

The Nuclear Regulatory Commission (NRC) is an independent agency within the U.S. government tasked with enforcing U.S. rules and regulations related to use of nuclear energy and nuclear weapons in order to protect the citizens of the United States and of the world. The NRC oversees nuclear reactor safety and security, licensing of radioactive materials, and managing the storage and recycling of spent nuclear fuel.

If the items on your export shipment have the potential to be used for nuclear purposes, it is possible your export will fall under NRC jurisdiction.

The U.S. Department of Transportation (DOT) regulates the domestic shipment of hazardous materials. This includes substances that are flammable, explosive, toxic, corrosive or otherwise may pose a risk to human health and safety.

When shipping these substances internationally, they are called dangerous goods instead of hazardous materials, and the United Nations Recommendations on the Transport of Dangerous Goods are the international regulations which control how these items are packaged, marked, and shipped in order to ensure safe transport. (You can find out more in our article, What You Need to Know about Shipping Dangerous Goods).

Department of the Interior—Fish and Wildlife Service

The U.S. Fish and Wildlife Service (USFWS) plays a role in controlling exports of, or related to, fish and wildlife. The purpose of the USFWS regulations includes breaking up international and domestic smuggling rings that target imperiled animals, preventing the exploitation of protected U.S. species, protecting wildlife from environmental hazards, safeguarding critical habitat, inspecting wildlife shipments to ensure compliance with international laws, and detecting illegal trade of fish, wildlife or related commodities.

U.S. imports and exports of fish and wildlife require an Electronic Declaration (called eDec for short) to the USFWS.

The Securities and Exchange Commission (SEC) is an independent federal agency which works together with the U.S. Department of Justice to enforce the Foreign Corrupt Practices Act (FCPA), the purpose of which is to prohibit U.S. businesses from paying bribes to foreign officials in order to advance their own business interests.

Willful violations of the anti-bribery provisions are punishable by criminal penalties of up to $2 million for companies and $100,000 plus five years imprisonment for individuals. For real-life examples of compliance violations and the steep penalties companies have faced as a result, read BIS’s publication, Don’t Let This Happen to You!

The Federal Bureau of Investigation (FBI) is a branch of the Department of Justice whose role includes export control enforcement and counter proliferation of missiles and weapons of mass destruction. The import and export of controlled substances (such as heroin and methamphetamine) is monitored and restricted via another sub-agency, the Drug Enforcement Agency (DEA).

Customs and Border Protection (CBP) is a law enforcement agency within the U.S. Department of Homeland Security that acts as the primary border control agency in the country, overseeing the movement of people and goods across all national borders.

CBP hosts the Automated Commercial Environment (ACE) web portal, which the government uses to collect customs filing information from importers and exporters. For exporters, this information is called Electronic Export Information (EEI), and the data they report via ACE is sent to AESDirect.

The International Trade Administration (ITA) is a sub-agency of the Department of Commerce that promotes the growth of U.S. exports through export assistance programs and a network of U.S. Commercial Service offices located in the U.S. and around the world.

The National Nuclear Security Administration (NNSA) within the Department of Energy maintains the safety and security of the United States’ nuclear weapons stockpile and responds to nuclear emergencies globally.

The International Trade Commission (ITC) is an independent, quasi-judicial federal agency tasked with providing support services to the executive and legislative branches. ITC also maintains the Harmonized Tariff Schedule of the United States (HTSUS), a system of codes used to classify products for import into the U.S. which is based on the global Harmonized System (HS). An item’s HTSUS classification is part of what determines how much duty (import tax) the importer must pay.

The Small Business Administration (SBA) is a federal agency whose mission is to assist U.S. entrepreneurs and small businesses (which represent 99% of all U.S. businesses) in an effort to strengthen the U.S. economy. Though the SBA does not play a role in export control enforcement, they support many businesses in developing their export process in order to help them stay compliant.

The U.S. Coast Guard is the maritime branch of the country’s armed forces that acts as the first line of defense against threats entering the nation’s ports and waterways. They also act as a federal regulatory agency working together with CBP to ensure maritime safety and security. One of their major roles is preventing drug smugglers from bringing illegal substances into the country.

Department of State—Under Secretary for Arms Control and International Security

The Office of the Under Secretary of State for Arms Control and International Security is a position within the Department of State that acts as senior adviser to the President and Secretary of State in matters relating to arms control, nonproliferation and disarmament. Part of the function of this role is to direct and coordinate export control policies in order to prevent proliferation of missile, nuclear, chemical, biological and conventional weapons.

The Environmental Protection Agency (EPA) is an independent U.S. agency that exists to protect and preserve the environment and ecosystems within the country. They play an important role in regulating import and export of pesticides; ozone-depleting substances; chemicals; vehicles, engines and fuels; waste (including hazardous waste, medical waste and electronic waste); and other items which may pose a threat to the environment, such as cosmetics, architectural coatings and plumbing products.

The U.S. Customs and Border Protection website includes a list of all federal agencies involved in export regulations. Additional agencies that we have not yet mentioned in this article include:

Staying Compliant with All These Export Regulations

As you can see, there are many U.S. agencies involved in export regulations. Before you export or import, make sure you have done your research and are aware of any controls that apply.

Shipping Solutions Professional export documentation and compliance software includes a robust Export Compliance Module that can help you easily screen your potential foreign customers against the government’s restricted party lists, determine if you need to apply for an export license for anything you ship, and help you determine which documents you need to provide to clear customs in the countries that you ship to.